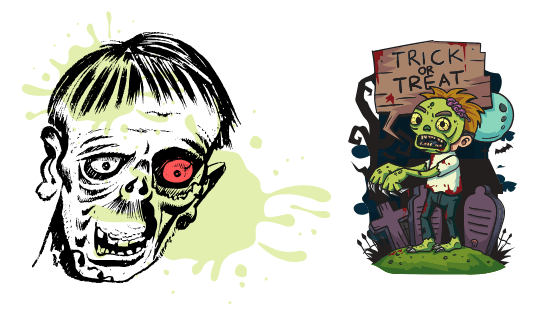 Zombies in video games have become very popular since the early days of gaming.

Most of these monsters became popular because of how easy they are to kill.

If you’ve seen movies from the 80s like “The Return of the Living Dead” and TV shows like “The Walking Dead, ” you know exactly how zombies threaten people.

Zombies in games are mindless murderers that don’t think about their actions because their brains have rotted away.

Anyone can become a zombie, including your friends, family, and your cute pet dog.

The nature of zombies in video games is simple, they may want to eat your brains, stomach or maybe put you on flames in a barbecue grill.

In some games, zombies are clumsy and are easily killed, but if they attack in packs, they become more terrifying.

How to kill Zombies in Video Games?

There are many ways to kill zombies, but the traditional way to kill a zombie is to cut off the head.

It might be hard to do if it’s your friend or your pet dog, but don’t forget that they have become mindless killers.

Famous games like “Call of Duty Black Ops” make them look more like target dummies by being able to eliminate zombies with guns, rifles, shotguns and other weapons.

A Zombie is basically a fictional undead being created by the reanimation of a human corpse.

We believe zombies have come from Haiti Folklore where they were created by magic.

With the evolution of humans, we now believe zombies to be using science fictional methods such as carriers, radiation, vectors, viruses and scientific accidents.

Zombies have become quite a topic for books and movies since the 19th century.

One of the first books was (The Magic Island, 1929) which talked about how zombies were made through voodoo.

As the years went by, the idea became better and more fictional depicting zombies as brainless brain eating undead creatures.

There are even ideas of zombie apocalypses in movies like “World War Z” and “Return of the Living Dead”.

In “I Zombie”, zombies live in the normal world and almost no one knows!

Now, zombies are just a form of pop culture.