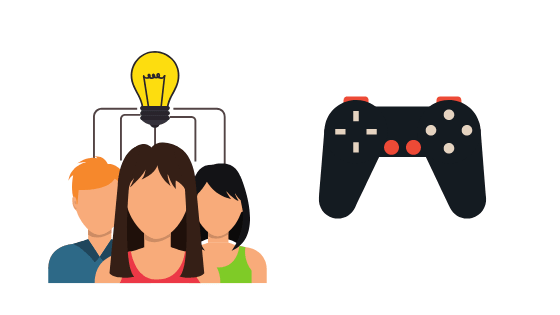 But what drives them back to these gaming experiences?

Researchers all over the world have spent several years analyzing the effects video games have on gamers.

These are some questions most people ask.

What drives people to kill aliens or play a soccer game until four in the morning?

So why people play video games?

Based on recent studies, people who play video games are happier than non-gamers.

Gaming is an activity that makes people feel satisfied, joyful and relaxed.

Also, besides the happiness that comes from gaming, there are several reasons most people love to play games.

Today’s life is full of stress; There are many stressful events that make people look for alternative activities.

And one of the best activities an individual can do to get rid of stress is to play a digital game.

By playing your favorite game, you will live in a visual world and forget what’s happening in the actual world.

This is the reason most people love fantasy and action video games.

Mirror-neurons are nerves in the brain that allow people to put themselves in other people’s shoes.

When you feel you are someone else, you feel and experience these emotions.

Also, when you play a game, you can experience the same emotions as the hero of the game.

And when a hero saves the world or kills bad people, you feel you have accomplished something

This means video games can influence people to do the right thing.

Most video games contain puzzles and challenges that give people self-esteem boost once they resolve them.

When playing a game, players can spend hours trying to solve a particular mystery.

As a result, people play video games to solve and gain rewards.

Even when playing games that do not contain puzzles, most people feel satisfied when they master all the game rules.

For instance, defeating other players in the Call of Duty game can make someone feel more superior.

Apart from entertainment and the fun that comes with video games, some people engage in gaming to recover from unsuccessful goals.

For instance, when someone does not live his or her dreams, he or she can run to a fantasy world.

If you have always dreamed of being a hero or a superstar, but you have not achieved that in real life, gaming can help you achieve it.

There are some people who love playing digital games because they fear the world.

We can see a teenager playing games just because he or she cannot socialize with their friends.

Other people use gaming to run away from real life troubles and family issues.

For instance, based on research, some men love playing video games to avoid getting into problems with their nagging wives or girlfriends.

Dopamine is a chemical in the brain responsible for emotions, sensations, and movements.

Our brain works in a manner that does not care about the things it addicts us to, as long as we provide the dopamine.

One activity that can provide dopamine is gaming.

Many people like playing video games because it raises their emotions and feelings.

Another reason people love playing games is looking for an area they can regain control.

People who feel like they lost control of their real lives look for ways to regain control.

And since the video game environment is controllable, most people feel satisfied.

Have you ever been in an event but you have nothing in common with individuals around you?

Based on research, over 50 percent of adults in America play video games.

This means you can bond with other players around you while you’re completing tasks or quests.

You can play, discuss or challenge each other while waiting for an event.

Are video games good or bad for adults?

Contrary to some claims that video games are for children and teenagers, it is important to note that gaming is also beneficial to adults.

Research shows that adults who play games at least two to three hours a day are happier.

Gaming is an activity that relaxes the mind, relieves stress and connects adults to their inner-self.

Some benefits of video games for adults include:

• Video games have an easy route to escape stress.

As we get older, we are faced with many life challenges.

Bills, loans, work and a family to take care are just a few tasks that can make someone stressful.

Playing a game can help you forget about those troubles.

• Gaming can help you make friends.

If you are always busy and you have no time for social life, you can make friends while gaming.

Today, modern games allow people to engage with other players from around the world.

Based on various studies, adults who play games have better spatial-coordination and finer motor-skills than non-gamers.

This means apart from enjoying your favorite car-racing game, you can also become a good driver.

• Gaming can turn exercise into a game.

Even though working out in the gym is important, sometimes it can be boring.

Happily, you can now stay healthy and fit by playing video games.

More and more people are playing video games than ever before.

This is because of all the benefits that video games offer to players.

It is beneficial and a fun way to avoid frustration and life issues.

Adults who play games often are more relaxed and can deal with stress.

For instance, when waiting for a doctor’s appointment that is taking longer than expected, you can play your favorite game.

If you never thought of playing video games as an adult, try it, there are many wonderful video games out there.