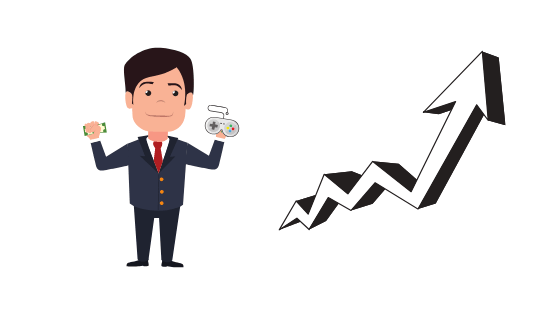 A video game designer’s salary is lucrative, but there’s a lot of work involved.

Today, being a videogame designer is one of the best careers.

Apart from the fun and the excitement that it brings, it is a job that pays well.

Happily, the sector is evolving fast and new tasks for designers are coming up every day.

However, a video game designer’s salary depends on various factors that include the place of work, the person you are working for and your work experience.

What is a video game designer’s salary?

A video game designer’s work is to create puzzles, challenges, story lines, and level divisions in a particular video game.

A designer works together with artists, programmers, and other technical staff to create a new game and advance older video games for re-release.

In addition, they present new digital game concepts to management.

Similar Topic! How to Become a Video Game Tester Today

When it comes to a game designer’s salary, the salary starts low, but there is a good potential for gaining momentum.

The starting salary, on average is around $85,000 annually.

Some companies offer bonuses for great projects as well.

Once you have completed several projects successfully, you can become a producer or an executive producer.

This position attracts a 6 figure salary.

You can also decide to open your own video game studio.

Happily, if you have the training, skills, and you can prove your ability to create a video game, you will have no trouble getting a good paying job.

If you do not find a job in a large video game studio, there are many smaller companies joining the industry every day.

What are the challenges of a videogame designer?

Even though working as a video game designer is fun and entertaining, there are some challenges related to the job.

One of the challenges is working for long hours to deliver projects on time.

Most of the projects have deadlines, and the designers together with other related technicians need to work hard to deliver on time.

The other challenge is that a designer needs to be up-to-date with the industry.

The video game sector is growing super fast; this means that when the designer is creating a game, he or she must consider changes in the sector.

There is also a misconception that most designers spend most of their time playing video games.

This is generally not the case because the task is challenging and requires a lot of research.

What are the benefits of being a videogame designer?

Apart from earning a good salary, there are several advantages of being a video game designer.

For instance, the designer’s career is filled with fun and excitement.

Here are some reasons why video game designing has become one of the most loved careers.

Working in a casual environment

The gaming environment is one of the best.

This is because you will be working with a team that enjoys designing and playing video games.

They are creative, dedicated and passionate.

Designers experience satisfaction by creating games that educate or motivate people of all ages.

This makes the job environment different from other careers.

A degree is not so important

Even though most game designers obtain a university degree, it is not so important.

In many colleges, you might not find specific courses that offer a degree for video game design.

Most employers hire designers if they are creative, show innovation and are capable of creating a game.

But having a degree is good, as it will increase your chances of being hired in a large gaming studio.

Use creative and analytical thinking

Being a game designer, you need to be creative.

You will have to imagine various parts of the game, such as the theme, rules and the structure.

Also, there are several specialized areas such as script writing, level design, level mechanics and design of the gameplay that need technical knowledge and artistic skills as well.

Hence, as a designer, you need to be analytical and well-organized when designing a video game.

With these qualities, you will be able to solve issues like how a game character reacts to a problem in the game or how a gamer will move to another level of the game.

Gaming is part of the designing job

Another advantage of being a video game designer is that playing games is part of your job.

You need to be passionate about the games you create.

Even though it is not something that is encouraged, it is a requirement.

As a designer, you need to have an early preview of the game you are working on.

You also get a chance to play other designer’s games before they are released to the public.

At the end of the day, a designer takes home a fat paycheck.

Today, there are very few careers where you can earn a good salary like a videogame designer.

Even though the salary differs on specialization, company, and country among other factors, designers enjoy everything that comes with the job.

The industry is growing fast

Another major benefit of being a game designer is that the field is growing very fast.

This means that you will be taking part in creating future games.

People in the gaming industry are constantly learning new things.

Also, with technology advancing every day, it provides job security.

For the last 10 years, the gaming industry has grown to become one of the richest sectors in the world.

Being more than an entertainer

Apart from designing entertaining video games for children and young adults, you can create educative games as well.

Also, studies have shown that video games can be used to help with depression, weight and stress problems.

Other games are used in schools, health sectors, and military training.

This means that being a designer is more than an entertainer.

A video game is a vital tool that can be used to educate and enhance our society.

With video games in demand, a video game designer’s salary will continue to increase.

Designers can earn a competitive salary similar to other high paying careers.

Remember that you must start from the bottom until you get some experience.

Once you have some skills under your belt, you can start applying for better positions as you become a more experienced designer.

Keep your portfolio updated with all your past projects and experience.

Whether you are a video game designer in Washington or in Florida, expect to earn a good salary.

You will also be surrounded by talented individuals that love and play video games.