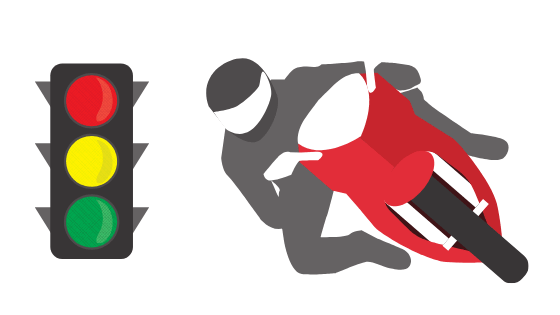 A good Mbps for gaming is important because it determines online gaming performance.

The required Mbps can vary a little from game to game.

Mbps is the short way to say megabits per second; This is your broadband speed.

One megabit equals one million bits; The more bits you have, the faster your Internet connection will be.

Naturally, something with a slower pace and limited graphics won’t require as much speed as something realistic and fast-paced.

That said, there is generally a range that is considered, at the very least, acceptable for most games.

Throughout the different gaming devices on the market, these numbers stay about the same.

A Good Mbps for Gaming Varies

However, it may not always be easy to tell what the specific requirements are for the device you’re playing on.

Consequently, we’re providing some of those numbers here for you below.

With these things in hand, there will be no game that can slow down the fun while you’re gaming.

What Factors Into Internet Speeds for Gaming?

Gamers have words for all kinds of things, and especially those that have the ability to affect their playtime.

Things like ping, latency and lag can all be related to internet speeds that are too slow for the specific game being played.

Similar Topic! The Design of a Modem Makes a Difference

Let’s take a deeper look into what these terms mean.

If you’re familiar with playing competitive multi-player games, then odds are you’ve heard of ping.

Ping is essentially a simple way for you to tell what kind of latency your connection is having.

The most important aspect for you to know is that the higher your ping is, the more latency you have.

To put it simply, latency represents the kind of speed you have when it comes to how quickly your computer understands information and stimulus.

Typically, about 150Ms is the most latency you’ll want to see, though those who want the very best will aim for 10Ms, or perhaps 20Ms at the most.

Lag is what you experience when latency times are on the higher side.

A good Mbps for gaming will eliminate online gaming lag that gamers hate.

It can often result in small freezes in games while the device tries to catch up to what you’re doing.

In small doses, it may not be a big deal to the casual gamer but it can really make or break the more competitive games.

If you’re looking for the right modem to game with, then it’s important to know what kinds of speed you’ll require for your various gaming devices.

Just keep in mind, these estimates are for single-player gaming only.

Depending on how intense the game you want to play is, you may need anywhere from 3 Mbps to 6 Mbps to get a quality experience.

While you’re shopping for games, you can also take a look at the specific requirements for that game before making a purchase.

The PS4 doesn’t make it incredibly easy to find out what kinds of speed requirements are needed for various games.

However, we can safely assume that you’ll likely need 3Mbps at a minimum for single-player experiences.

That said, PS4 does often need broadband to work correctly, which tends to be quite a bit higher than that.

Unlike the PS4, the Xbox does provide more easily accessible information on what kinds of requirements are needed.

As you might expect, the absolute minimum is 3Mbps; You’ll also want to make sure your maximum ping is 150Ms, or it can lead to potential problems.

With a minimum requirement the same as Xbox, PS4, and PC, the Switch strives to make sure you aren’t achieving too high of a ping.

150Ms tends to be the limit for any gaming setup; However, what is worth noting is that Nintendo will typically let you know if your internet isn’t providing the right speeds.

Choosing the Right Plan and Modem for Gaming

As previously mentioned with regard to the speeds needed for various kinds of activities, you shouldn’t take the speed minimum estimates to be the entire amount of speed you need on your internet plan.

Typically, your internet will be used for several things at once.

Even if you are only playing a game, there are programs and processes running in the background that can take up a bit of your speed.

Consequently, you’ll want to get something at least two or three times faster than these estimates.

Doing this might cost you a little more money each month, but it will also ensure that you aren’t dealing with a huge hassle, tons of lag and an extremely high ping while you’re trying to enjoy your favorite games.

Those things would lead to you just having to increase the plan limits, anyway.

It’s best to start out with what you need rather than have to make changes later on.

You’ll be saved a lot of annoyance and your internet bill can remain stable.

Once you have a good Mbps for gaming, you can enjoy all the best games without worry for latency or lag.