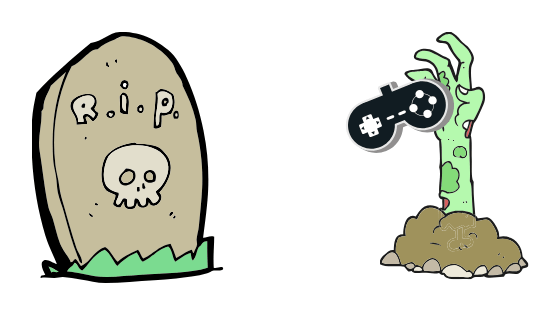 There should be a concern that video games are bad for your health.

Today, the video game industry has become one of the biggest sectors around the world.

However, many parents dislike gaming because of the effects that are associated with video games.

For instance, it is now possible to play digital games at school due to the high number of online games that are played using smartphones.

For many elderly people, playing video games is a waste of time.

Some individuals believe that children can become stupid for spending a lot of time gaming.

One important thing to note is that gaming has positive and negative effects.

But it also essential to note that playing too much digital games is bad for your health.

Are video games bad for your health?

When playing a favorite video game, it is easy to spend the entire day sitting on the couch.

Though there is nothing wrong, it is vital to balance everything you do.

Apart from gaming, involve something healthier to avoid the bad effects of gaming.

According to research, the biggest problem facing many American children is gaming disorder.

Digital games are taking over the lives of kids and teenagers.

The negative effects of gaming are more than tired eyes and sore thumbs.

There are serious issues that might not be easy to treat.

For instance, addiction, overweight and back pain.

There are also life-threatening effects that might require surgery.

15 Ways that video games are bad for your health

While we view gaming as an exercise of the mind, it’s played sitting down.

Players can sit in front of a screen for several hours without taking a break.

We can associate this with bad posture.

According to research, playing games too much can lead to muscle pain, especially in the shoulders.

Today, it is possible to find kids and teenagers complaining of muscle pain, something that was not common in the past.

Video games are bad if you let them control your life.

One common problem with digital games is obesity.

Today, they estimate that a lot of children are suffering from obesity because of a bad gaming lifestyle.

Some years back, watching television was the main cause of childhood weight gain.

Today, gaming has made the problem worse.

There has been a debate for a long time whether games can influence the behavior of children.

Even though most studies have disputed claims, too much gaming can lead to aggressive behavior.

This can be dangerous to children, parents, and society at large.

Some people claim that video games are bad because it makes players aggressive.

Aggressiveness can lead to inappropriate behavior and also violence.

According to teachers and parents, kids who spend most of their free time playing digital games do not perform well in school.

Based on research carried out on video games and behavior, kids who love playing violent games develop attention problems in school.

Not paying attention in school can affect academic performance.

Doctor reports show that spending too much time indoors can lead to vitamin D deficiency.

Vitamin D is essential for a child’s growth and development; they absorb it from sunlight.

If your children are not exposed to sunlight, there are many health risks involved.

Another negative effect of games is the changing of physical appearance.

Studies show that kids who are engaged in excessive gaming are likely to have black rings under their eyes.

They are also likely to suffer displacement of shoulders.

Too much gaming can lead to sleep problems.

Experts recommend that children and teenagers spend less than an hour every day playing video games.

But since gaming is addictive, people spend even five to ten hours on their computers or consoles.

This can cause sleep deprivation.

Most gamers prefer not to sleep to play their favorite games.

Recent studies have shown that children who spend a lot of time playing digital games or watching television have difficulties paying attention at school.

Similar Topic! Can Video Games be Educational or Destructive?

Researchers recommend that kids should not be allowed to spend over two hours’ gaming.

Some kids measure success in killing

They associate games mostly with fistfights and guns.

And for gamers to win a particular game, they fight and kill.

We should not base a good feeling of success on violence or killings.

These games send bad messages to children and teenagers.

Some games show disrespect and violence towards young girls and women.

This means they teach kids at an early age to disrespect their mothers, sisters, and female teachers.

It is not good to allow your children to watch a movie rated 18 & above.

They fill many violent video games with nudity and bad sexual content.

And since parents want the best for their children, we do not recommend rated M for mature video games.

Learning to resolve conflicts through violence

Most action games show children the best way to resolve conflict is through violence.

They advocate fights and bad language to succeed.

This becomes much easier for children to bully another kid to make their point.

This can have long-term effects on children.

When gamers are involved in gaming for many hours, it is possible for them to overlook their personal hygiene.

Video games are very addictive; This means it is easy for a kid not to brush their teeth, take a bath or even eat a balanced diet.

Migraines and back problems

Too much concentration and exposure to computer screens can lead to a migraine and backache.

And since most computer games involve staring at the computer for many hours sitting in one location, it can cause tightness of the joints and muscles.

This is why video games are bad for your health and can worsen over time.

It is especially important to protect the wrists and joints.

This can cause carpal tunnel syndrome.

Extended and continuous gaming can cause several injuries that may lead to surgical procedures.

Our research proves that video games are bad for your health in many situations.

However, by understanding the negative effects, we can make changes.

There are plenty of educational games that can help children and adults develop skills.

Choosing the right games and using them appropriately can be a powerful form of education.

Did you have a bad experience playing video games?