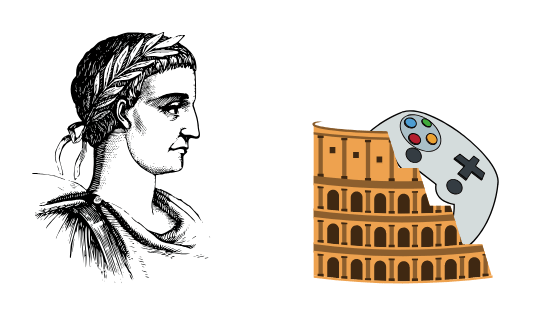 Going back to the 1950s, the industry has remained one of the most outstanding sectors in entertainment.

Even though the creation and release of digital games started early, gaming gained popularity when they introduced arcade games

Since that time, the gaming world has changed.

We now have 8 generations of video game consoles and they expect a lot more.

The gaming history is one amazing chapter.

However, very few people know the stories behind some of these great games.

For instance, did you know the famous game Mario was named after a landlord?

Some of these stories are very touching, weird and some get inspiration from strange places.

Other game tales make little sense to gamers or to game developers.

To learn more about these amazing tales behind some of the greatest video games, here are fun facts that every gamer should know.

They lifted the ban in 2004 but that did not mean South Korea did not know about games like Mario.

The Nintendo Entertainment System (NES) was known as the Hyundai Cowboy.

Final Fantasy is a popular video game with many loyal fans all over the world.

But did you know the game got its name because the company was going bankrupt?

The developer was about to quit the industry for good.

And as a goodbye to the company and his career, he developed a simple game and renamed it “Final Fantasy”.

The word “Final” was a message to all the fans it would be the last game.

Many people thought it would be the last game.

But things changed for the good and the game gained traction until it transformed into one of the biggest hits.

They have named many games like Super Mario after famous musicians.

Several people have already identified the pattern, and can guess the next series.

Another interesting fact is that Donkey Kong 64 came with an expansion pack.

This is because there was a fatal programming mistake.

There was a time people had to upgrade their video game consoles through Expansion Packs.

Similar Topic! The History of Nintendo – A Time Capsule

Because of some errors in the programming, you needed an Expansion Pack to play Donkey Kong 64.

And this was not because of the graphics or because the game was too advanced, it was bugged.

And the best way to fix the programming mistake was through the Pack.

We believe it that the coding mistake made the game more popular than everyone expected.

Even though Pokemon is a famous game in the industry, Pokemon Gold & Silver would be the end of the series forever.

They released it in 1999 as the end of the series.

Even the Pokemon CEO believed that after the 21 century, he would work on another title.

But things changed and today Pokemon continues to deliver hours of entertainment.

6. The lion that ate itself

You might not know but the Scribblenauts game released a very strange bug.

There was a lion that could eat itself.

They discovered this odd occurrence in the last stages of game development.

7. The pigs found in Angry Birds are friendly

Even though some people believe that the pigs in the Angry Birds game are harmful, they don’t harm anyone.

These pigs are friendly and very innocent.

Contrary to the fact that video games give people evil thoughts, the pigs cannot attack anyone.

And the developers who tweeted that confirmed “The pigs cannot harm anyone”.

Even though the pigs approach players suspiciously, all they want is food.

Hence, the next time you attack them, it is important to know they are innocent.

Another fun fact is that RockStar paid Max Clifford (English publicist) to talk to the press so it could boost the sales.

This is not something many people would expect since the game is a hit because of its reputation in the media.

But from credible sources, the company paid the press to get a boost.

When someone says the video game is violent, people get curious.

That was the company’s idea, and it worked very well.

9. Final Fantasy VII was for N64 only

Most people were not aware that the Final Fantasy VII game was to be released only for the N64 console.

The problem was that the entire game files were huge and couldn’t fit inside the N64 console.

If you noticed, the Final Fantasy series shifted from Nintendo Consoles to the Sony ones.

And from then on, Final Fantasy has become a focused PlayStation game.

The fact is that when the video game was designed;Thee company realized that it was large and it couldn’t fit inside Nintendo 64’s cartridge.

The only option was to adapt the game for the PlayStation because it was limiting their resources.

They shifted the game to the PlayStation format, and it required four installation discs.

We all love Mario, a character Nintendo introduced.

Today, video game history facts tell us that Mario is the best-selling game of all time.

Mario is a carpenter who has a pet known as Donkey Kong.

But Mario is actually the name of Nintendo’s first warehouse landlord.

And it is a character that has been present in many games.

11. The History of Game Controllers

Most people don’t know that video game controllers have evolved from handheld controllers to cameras, and speakers.

It is a long journey that has seen great improvements.

Nintendo’s Gameboy is believed to be the most successful hand-held game console in the world.

It has sold over 100 million units since they released it.

Our video game history facts are not always what they seem.

They created many games from good ideas, mistakes and unusual circumstances.

Not all games turn out to be hits, but with the right combination of gaming elements, huge titles emerge.