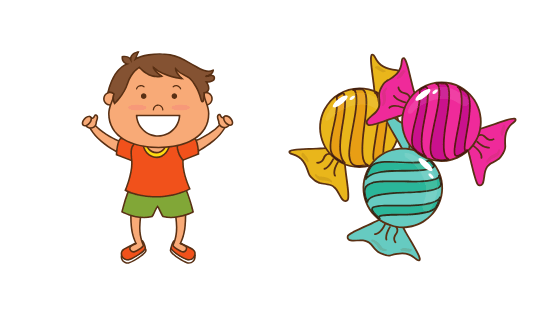 Gaming has become one of the most loved activities for both children and adults.

It has become a permanent part of every home entertainment.

And with more developments expected, it is possible that video games will become a permanent part of our lives.

Although some people blame video games for most of the evil activities kids do, it is important to note that there is also a good side of gaming.

Kids, teenagers, and adults can benefit when they play video games.

Its Tough being a Teenager

Parents and teachers may view digital games as an activity that can influence children the wrong way.

Happily, research has enabled many people to see the good side of gaming.

You can play games using your mobile devices, consoles or your computer.

And there are many video games genres that include role-playing, first-person shooters and action games.

You can get your favorite game on digital downloads, CDs or DVDs.

But the most preferred platform for playing a video game is a console.

However, there are some people who prefer to use their gaming computer to play.

Video Game Facts You Should Know

Whether video games are bad or good for children, it is important to understand some facts about them.

Learning about the history of video games can help you make the right choices when choosing games.

For instance, the gaming industry has transformed a lot since the 1950s.

There have been great developments that have made the industry one of the richest in the entertainment sector.

Today, over two-thirds of America’s homes own a video game console.

To learn more about video games, here are some facts about them.

They created the first video game in a research lab.

In 1950, professors and researchers developed the first game to help them with their experiments.

In the year 1967, Ralph-Baer made the first multi-player video system.

It was known as the “Brown Box”.

We could also use it as a television.

They later sold it as the Odyssey.

Similar Topic! Why do you Play Games?

After being sold, the Odyssey did well but later died out.

But inspired many people and the Atari’s game, “The Pong” was created.

It is a very popular video game that started in arcades and then moved to homes.

The device had many games and joysticks.

Then in the 70s and the 80s, Nintendo, a very famous Japanese company designed the game Donkey Kong.

It is also the year when Super Mario Brothers and the Legend of Zelda were produced.

These games have remained popular for many years.

This year they designed a hand-held gaming device known as the Gameboy.

1995 was a year for Sony gaming devices.

They released the popular gaming console referred to as the PlayStation.

It was the bestselling video game console of all time.

Similar Topic! The History of Sega: Fun and Games for All

This included the PlayStation 3, Nintendo Wii, and the Xbox 360.

There are high-definition systems that changed the face of video games completely.

Since the establishment of video games, they have produced different games.

Some video games have become very popular while others have died on their way.

One popular game many people play is Angry Birds.

You can play video games on various platforms.

Some of them include mobile devices, computers, consoles, handheld systems and many others.

Today, there are many popular video game consoles that dominate the market.

Some of them include Sony PlayStation 2,3 and 4, Microsoft Xbox 360, Xbox One, and the Nintendo Wii.

These three companies are the most popular and are battling to win many players all over the world.

Nintendo is one of the biggest companies in the gaming sector.

We view it as the leader in this field.

Also, it has helped the industry grow; Nintendo has designed some of the best video games for kids and adults.

Years back, the main input for video games were the handheld controllers.

However, the industry has changed.

Some of them include cameras, guitars, microphones, motion-sensitive controllers, and touch screens.

The video game genre is large and diverse.

Today, the video game industry is one of the richest sectors in the world.

It has employed millions of people directly and indirectly.

There are video game developers, game designers, testers, artists, programmers and many other professionals that work in the gaming industry.

Designing video games has turned into a huge business.

Making a high-quality game requires an excellent team to work together.

Game developers need to work together with programmers and graphic designers to create awesome games.

The rise of online gaming has also contributed to the growth of the gaming industry.

Similar Topic! How Can Video Games Help you Learn?

It has also encouraged the growth of multi-player games.

People could only play video games with an individual in the same location.

However, now you can play with people from all around the world.

A good example of multi-player gaming is the Massive Multi-player Online Role-Playing Games.

The MMORPG games enable gamers to take part in the same game world.

These type of games have become popular all over the world.

Today, there are over 10 million free and paying subscribers playing online.

Based on personal views, you can see video games as good or bad.

There are many positive effects of video games proven by top researchers.

Gamers can have fun playing their favorite video games and also reap many benefits.

Some of these benefits include enhancing hand-to-eye coordination, improving problem-solving skills and also increasing memory retention.