This Mass Effect 2 gameplay review will give you a more detailed way to play the game.

If you ever dreamed of discovering new planets, flying around in your spaceship and waging war against extraterrestrials, Mass Effect 2 is for you.

However don’t expect a multiplayer mode or Xbox controller support for PC’s, you will have to play with a keyboard and mouse.

First of all, I had tons of fun playing Mass Effect 2 (ME2), a game from Electronic Arts for the PC.

You get to travel the universe in your spaceship equipped with your combat team, weapons and gear.

Furthermore you get to go to different planets with lots of alien enemies, cool places to visit like nightclubs and more.

Since you will be battling rebel aliens and complete missions, you will need weapons, ammunition, and gear.

There are five different character classes that you can choose in the game.

Each class has its own unique Mass Effect 2 gameplay style, for example: the engineer throws killer drones at enemies.

Almost everything you need to complete missions is in your very own fully equipped spaceship.

One of my favorite parts of the game is that you can customize the armor that you wear to look the way you want it.

For example, you can change the color of your outfit by adding different color dyes.

Throughout the game, you will find new pieces of gear like enhanced helmets, better chest plates and more.

Inside your spaceship, you will be able to upgrade your weapons to cause more damage.

Better yet, as you go on missions and explore other planets, you will be able to probe planets for different metals.

These metals will help you upgrade your weapons and armor.

There are also some fun mini-games that you play in the game.

Overall if you’re into sci-fi games and want to explore new planets, get this game.

A game like Mass Effect 2 (ME2) is a massive game with different types of maneuvers to master.

Tip: You don’t have to play the first Mass Effect game to play (ME2).

When creating a new character, the game will ask you a series of questions.

These questions will help you understand the previous game story and customize your experience for (ME2).

When starting a new character, there are five difficulty levels to choose.

If you never played this game, I suggest starting in casual mode gameplay.

I found that normal mode is better for people that have experience with these games.

Due to being a casual player, it seems that the game is a bit challenging at first trying to figure out the controls.

Since there was no way of playing Mass Effect 2 with the XBox controller, I had a hard time aiming and shooting.

I had to learn all the controls through my keyboard and mouse to properly play the game.

Note: that you can download joystick software to play ME2.

For me, it seemed a bit uncomfortable learning to hide behind cover, opening the weapons menu and assigning commands.

Also, the game is not entirely real-time because you have to pause the game to give instructions to your crew.

You can play the game without having to pause, but the game suggests that you assign commands to squad members.

If you want your crew to hide behind cover, you can command them without having to pause the game.

Your team can get killed in combat, but you can revive them with individual medical packs.

Once you master all the controls on your keyboard, the game plays reasonably well.

Does Mass Effect 2 have Monsters and Loot?

Yes, you will encounter different types of monsters from different planets.

When playing Mass Effect 2, there are various non-human races in the game that look kind of weird.

There are also machines with artificial intelligence like robots that will aid or try to kill you.

In Mass Effect 2 you will be able to loot upgrades for your equipment like armor and weapons.

You can get these upgrades from fallen enemies, locked chests or through a store.

Certain places have merchants who will sell you exclusive gear.

Each piece of gear has it’s own style and looks fantastic on your character.

You will be able to view your weapon or armor before wearing it.

You can even change the color of your combat suite to make it look special.

Due to all the features in Mass Effect 2 for the PC, I definitely liked it and would recommend it to anyone.

Since I played just the introductory part of the game, I don’t know how it will look in later missions.

But I’m guessing that as the game progresses, it will only get better and more challenging.

Most of all I wished that there was a magical button that would skip through the story part.

As a result, be ready to spend a lot of time learning about everyone and everything you encounter in the game.

Mass Effect 2 would have been a ten on my list if it had a multiplayer game mode and if there was a way to skip some cut-scenes and story dialogues.

In the beginning of the game there are five gameplay options.

It’s important to adjust the five gameplay options to customize the way you play.

For example, you can auto level your characters or choose to do it manually.

Most noteworthy is that you don’t have to buy Mass Effect 2 up-front, the Origin Store for gaming gives it away for free to add to your Origin game collection.

Another point to consider is to read the Codex before beginning your first missions.

As a result, when you play the game, you have some understanding of what’s going on in the game.

I also recommend finding some game profiler like Pinnacle Game Profiler which you can download for free as a test trial.

After every completed mission, check to see if you could upgrade your weapons and armor before heading out on a new mission. 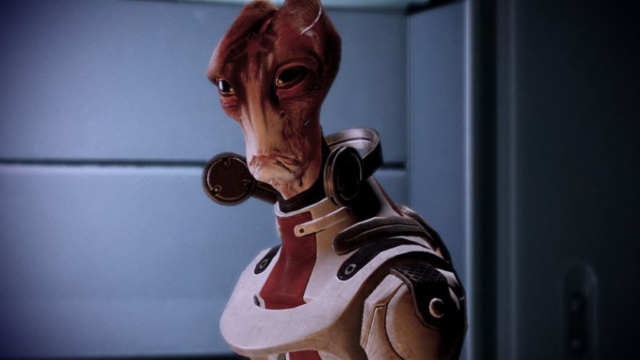 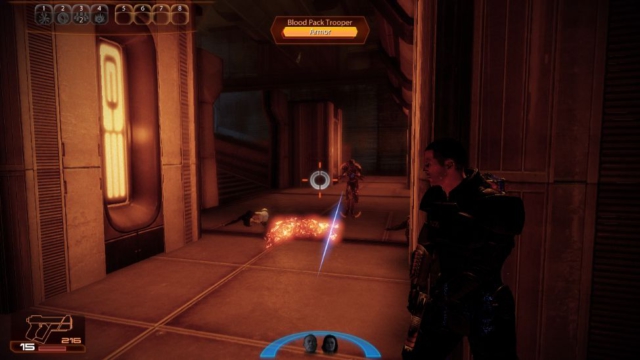 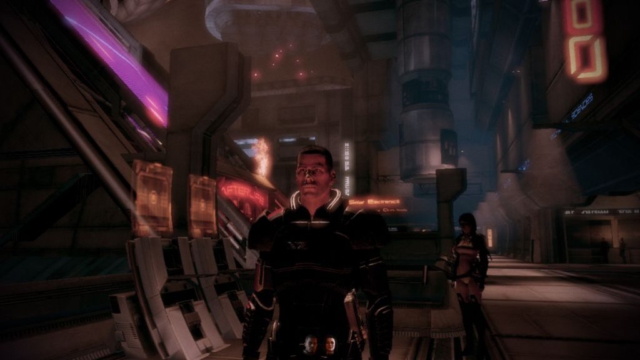 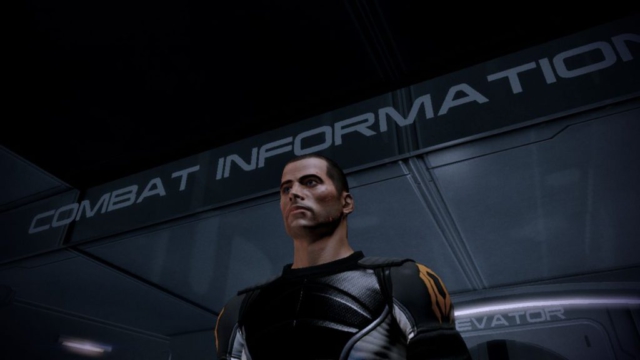 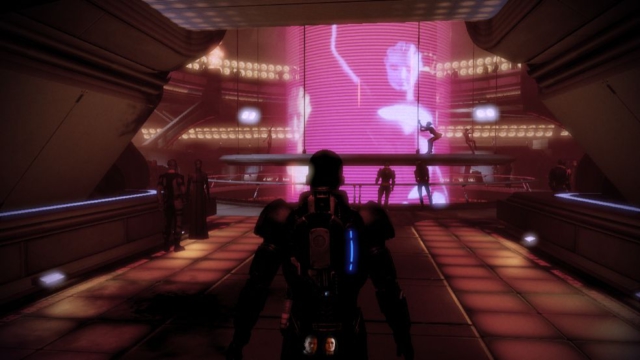 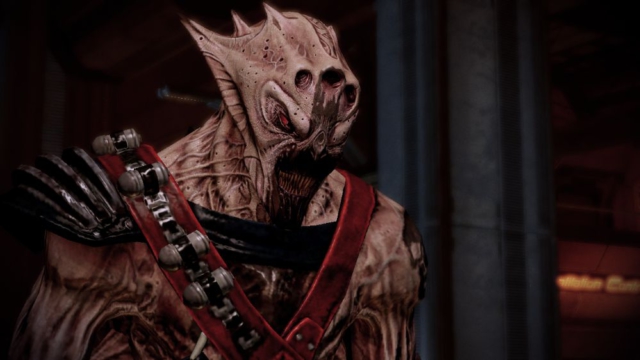 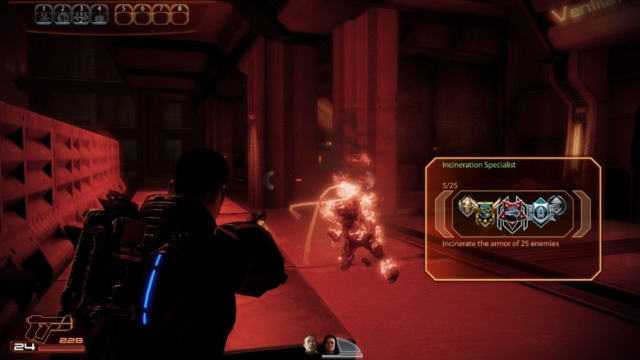 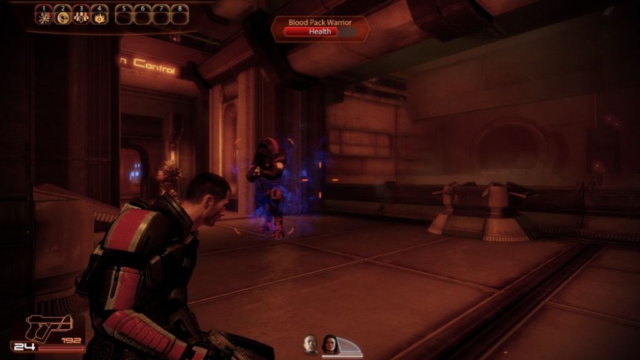 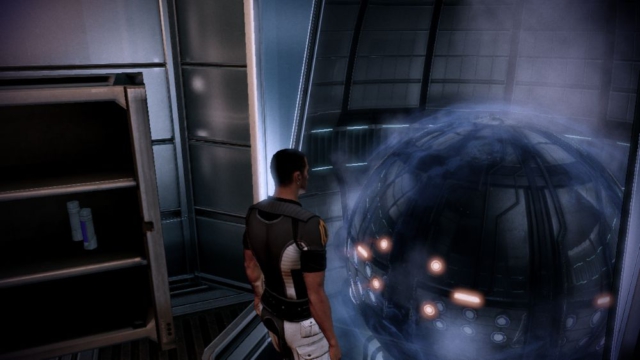