Behind the Scenes – Mac vs PC Gaming 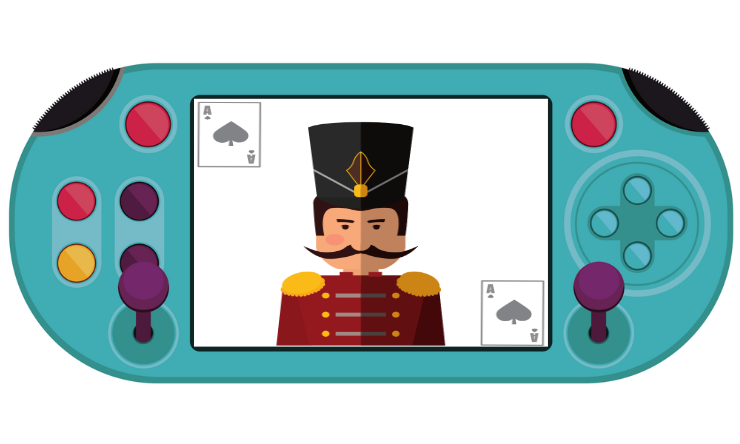 Computer gaming has been in existence for a very long time.

For someone who has been in gaming for several years, he or she can definitely confirm that computer games are the oldest of them all.

But things have changed. Today, you need to determine whether to pick Windows PC or a Mac PC for gaming.

Although most people are familiar with Windows PC gaming, there are great games that are now available in Mac PC.

The most interesting thing today about computer games is that some new games also hit Mac at the same time as Windows games.

Hence, both platforms are amazing when it comes to gaming. Also, the hardware, the speed, and the design are not bad for gaming.

However, if you are a regular gamer, there are several factors you need to consider when choosing either the Mac PC or Windows PC for gaming.

Mac vs PC Gaming – What are the differences?

A PC refers to a personal computer that can run on different operating systems.

If you are looking for a PC to buy, you need to determine whether you need a Windows PC or a Macintosh PC.

A Windows PC is a computer that runs on the Windows operating system while Mac (Macintosh) is a PC that is developed and sold by Apple.

A Mac PC is a computer that runs on any major operating system that includes Windows XP, Vista and Mac OS.

Both Mac PC and Windows PC have loyal followers because each platform has its own benefits and drawbacks.

Below are some main benefits between Mac PC and Windows PC.

Mac computers are very expensive. From $500 to $900, you can have a Mac-mini desktop and a Mac Air notebook.

Compared to MAC, Windows PCs are cheaper. Actually, you can get excellent Windows computers at 40% cheaper than a Mac PC.

Mac PCs are designed and developed by Apple, while Windows PCs are manufactured by different companies that include Dell, Samsung, Toshiba, Acer, and many others.

They are also distributed by many manufacturers.

If you are looking for a personal computer to play games, Windows PC has a large library of games compared to Mac PC.

The Mac PC has limited games, although recently there are many games being developed for both platforms.

Also, the App store in Mac PCs is the hub where users can download video games. But the library of video games found on Windows PC is gigantic.

In addition, the gaming performance is good on many Windows PCs, and you can easily upgrade it the way you want.

Also, the Macs are able to open more PC files than Window PCs.

In fact, more developers prefer Windows PCs over Mac. However, Mac based files cannot be opened on Windows PCs.

Which is best for gaming – Mac or Windows PC?

For someone to play computer games effectively, he or she needs a very powerful computer.

Mac PCs are great computers for gamers because they have Intel processors and provide high-quality displays.

For Windows PCs, they are compatible with many games and have numerous options for upgrading.

They are also inexpensive compared to Mac PCs. But which of the two devices is the best for gaming?

In terms of graphics, Mac PCs are designed with great graphics cards to be able to handle graphics tasks such as video gaming among others.

However, Windows PCs can be upgraded to fit the intended purpose. Also, gaming needs faster and advanced technology to be able to perform at its best.

Most components in Mac PCs cannot be upgraded. Hence, to keep up with the technology, the users might be forced to replace the whole computer.

However, Windows PCs have many slots for upgrading graphics cards and other components. Hence, Windows PCs are the best for gaming.

In addition, Windows PCs have more games than Mac computers.

Most video games for Macs are released later after Windows PC games have been released, or they may never be created for the Mac.

Which has the most games – Mac or Windows PC?

If you are looking for a PC that has more games than the other, Windows PCs wins.

There are more games for Windows PCs than those for Mac or video game consoles. The library for games for PC is large where most of the games are free.

This means it is a platform that is good for kids, teenagers and adults.

In addition, with a Windows PC, you will be able to carry out other tasks such as video and audio editing and many other tasks.

Apart from free games, there are other paid video games that are very popular all over the world.

Some famous games for Windows PC are World of Warcraft, Battlefield, The Evil Within, Rage 2, The Prey and many others.

Hence, with a Windows PC, you can definitely enjoy gaming.

Which is better for kids – Mac PC or Windows PC?

Kids love gaming, especially on computers. However, there are many choices when it comes to choosing the best device for your children.

To ensure you pick the better option, between Mac PC and Windows PC, it is important to consider factors such as price, compatibility, and brands as well.

*Windows PCs are not expensive. Hence, if you are looking for a more advanced toy for your child, a Windows PC is the best option.

There are also affordable laptops and tablets that run on Windows. If you are looking for a platform with an immense library of games, Windows PC is the champion.

There are many video games for kids on Windows, where most of them are free.

It’s important to note that Mac PCs are well-known for their strong built-in anti-virus program. Mac PCs are known to be very safe while surfing on the internet.

If online safety is your concern, and you have children, I recommend getting a Mac PC.

Your kids can play online games without worrying about acquiring malware or viruses on a Mac PC.