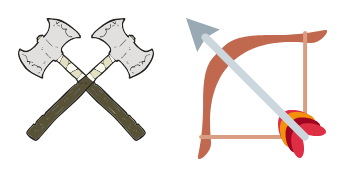 Hunted The Demon’s Forge is a superb action RPG game with similar elements as “Tomb Raider”.

If you ever wanted to discover ancient dungeons and slice evil-looking monsters in half, then keep reading.

I bought the game in the Steam platform for a PC.

There were no installation issues when I launched it.

Keep in mind that I have my computer updated with Windows 10 installed.

It took me around one hour and twenty-seven minutes to download the entire game.

Importantly, gamers can use a gamepad or keyboard to play the game.

I used my Xbox 360 wired controller, and it worked great.

They rate this game M for mature, parents should know that this game has violence and gruesome scenes.

In the beginning of the game you have four difficulty levels to choose.

I played as a casual gamer and even then; I died twice.

There is also co-op multi-player mode and LAN capabilities.

The game begins with some ugly-looking monster pulling out someone’s heart from their chest.

They play hunted demon forge for the PC with two characters, a female elf archer and a human warrior.

The player takes turns playing each character as they progress.

Switching characters feels like you’re playing “Grand Theft Auto 5”, but you play one character and the other one assists you.

The gamer takes turns playing each character as you progress through the game.

The game is simple to play and you will be beating up monsters very fast.

Each character plays differently, the warrior blocks with a shield and hits with a sword.

Hunted demon forge makes me feel like two powerful warriors combined into one.

The archer elf wields a powerful bow that can hit long range targets.

One helpful feature that I found useful was the auto-aim mechanism.

When you play as the archer, the game automatically focuses your target for a split-second so you won’t miss.

You can turn off auto-aim feature if you want a tougher challenge.

Both characters can switch to either a bow or sword weapons.

Although you can switch weapons, each character specializes in a preferred skill set.

The warrior class focuses on dealing damage with swords and the archer with bows.

Both characters can learn magic spells similar to wizards.

The skill trees are very easy to understand and you gain more skills as you gain experience.

Battles are super fun; as the warrior you can block opponent attacks.

If someone comes to smash you, lift your shield and block.

Only Heroes will Emerge Victorious

Your shield can also break apart if you use it frequently.

Keep in mind that both the male and female characters can use a shield.

As a warrior, your best weapon is a sword or mace. There are two main moves you can make with a sword.

There’s a normal attack mode and the power-bash mode.

Playing as the warrior you need to be good at three things.

The female archer is probably my favorite because I like jumping and dodging.

Both characters can dodge attacks but I find it very helpful for the archer.

As an archer type, you need to eliminate enemies before they reach you.

This means you must be jumping and dodging in every direction to avoid incoming attacks.

You can switch weapons if the enemy is close and use a shield.

The archer has a movie-like finisher move that looks similar to games like “Skyrim” and “Fallout” where the screen slows down and you see your arrow pierce the enemy’s head. (Awesome!)

Both characters can use four of their chosen abilities while in combat.

The action-combat never gets boring because you’re always switching characters.

Playing both characters is fun and it keeps the game challenging.

I’m enjoying the story because it makes me curious what will happen next.

Without spoilers, the game looks like “The Witcher” at first.

Later on you enter creepy dungeons that looks like you’re in a “Lord of the Rings” game.

As you discover vital game plots, it records the story into your journal.

There’s also lore information about the places and monsters you encounter.

In some areas of the game you will have to solve puzzles.

These puzzles are not complicated and work similar to games like “Tomb Raider”.

Does Hunted Demon Forge have monsters and loot?

I think this game was created by the monsters themselves.

Right from the beginning of the game, you will see lots of monsters.

Each monster that you encounter is unique and can be found in your journal.

The game scenes are creepy and sometimes scare you.

I remember walking through a dark dungeon corridor and hearing monsters like if they were breathing down my neck.

Hunted demon forge will try to frighten you with dark alleys, dead people and ghosts.

If you enjoy exploring, you will find some of the best treasure in the game.

Some of the most powerful weapons and armor are well-hidden.

Powerful gear is heavily guarded by groups of monsters and most likely there will be a boss monster in the area.

Boss (Elite) monsters are harder to kill and have special abilities like disappearing from one place and appearing somewhere else.

There’s no inventory so your character picks the strongest weapon and dumps the weak ones.

There’s also plenty of gold and potions to pick up.

Overall, this game surprised me with the action scenes.

Both the elf archer and human warrior are very charismatic and had some funny conversations.

Hunted demon forge for the PC is well-paced going from exploring to attacking mode.

In some scenes, characters may get stuck behind obstacles.

And in other places there were no health potions to use.

Although the game had a few glitches, it played well.

This is one of those games that you probably never heard of because it never became popular like other Bethesda Softworks games.

However, it’s not an open-world game.

This game is one of those hidden gems that never became popular but it deserves an award.

If you never played or heard of this game, pick it up now.

There are plenty of dark dungeons to explore, mysteries to be solved and groups of monsters to slay.

One of the most important things you should always do when playing Hunted demon forge is to make sure you don’t exit the game without properly saving it.

It’s frustrating when you have to go back and complete an important section in the game all over again because you forgot to wait for the saving notification.

The game doesn’t allow you to quick-save and exit the game, it automatically saves the game in specific areas.

When the game is saving your progress, you will see a red skull icon on the screen.

After completing a major story-line in the game, wait for that red skull icon to appear, then exit.

Explore your surrounding areas, even if it’s dark, you might stumble upon a hidden treasure.

If there’s a campfire, ask your archer to light her arrow, so it acts as a torch.

As a warrior use your shield often to block attacks, don’t worry about the shield, you will pick up new ones.

If you don’t need health potions, don’t forget where they are located, you might need to come back and use them. 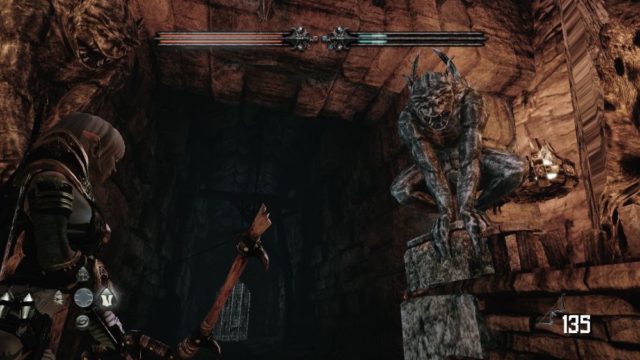 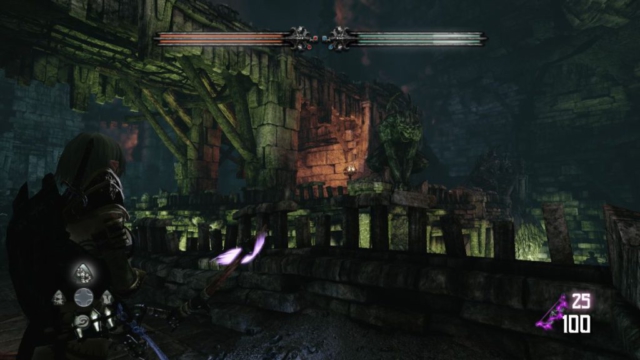 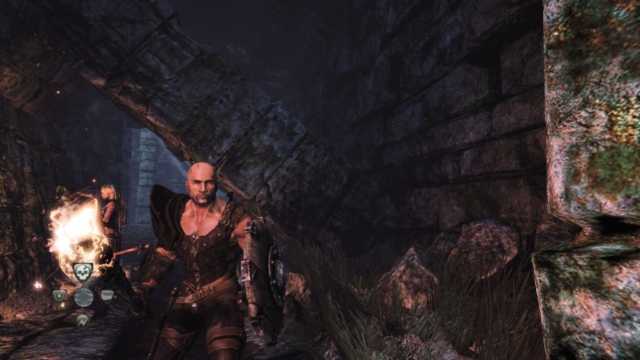 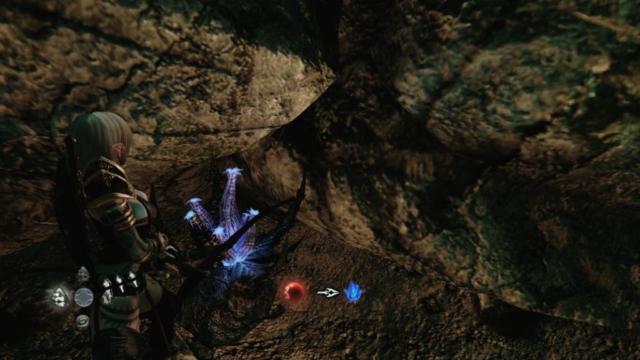 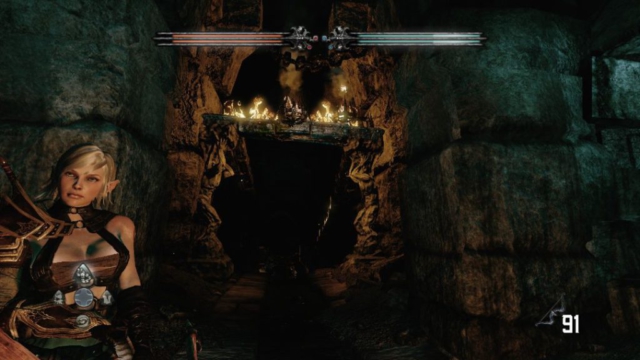 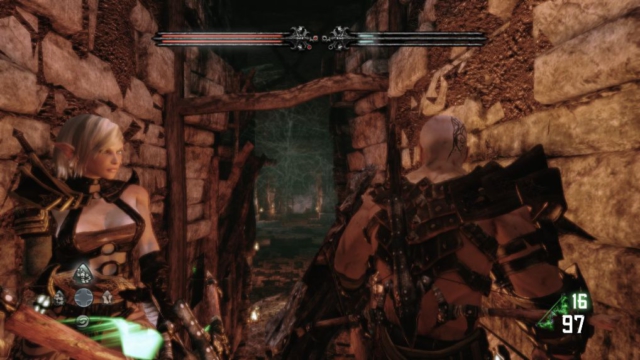 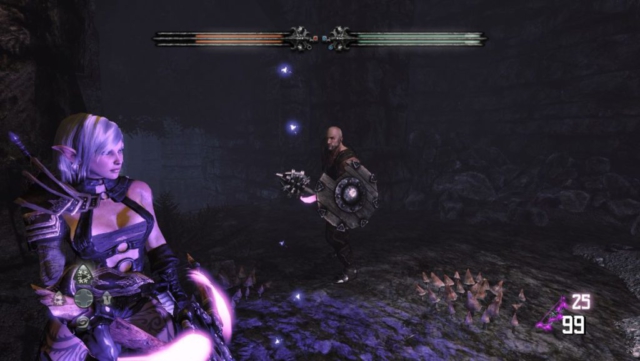 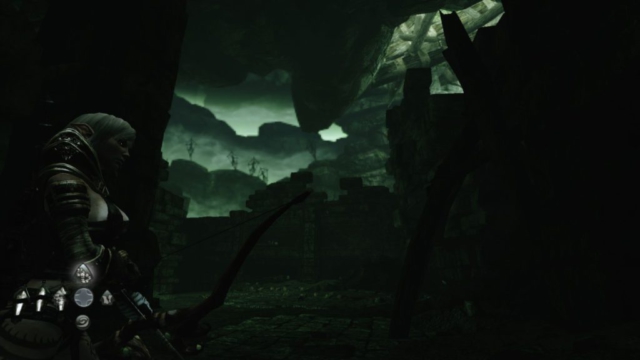 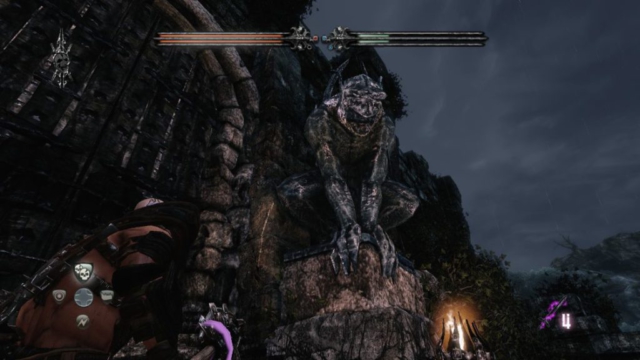 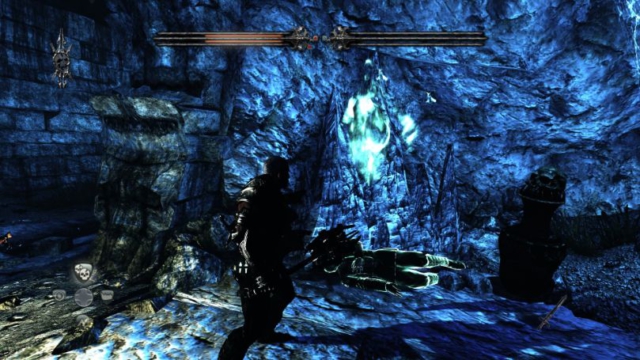