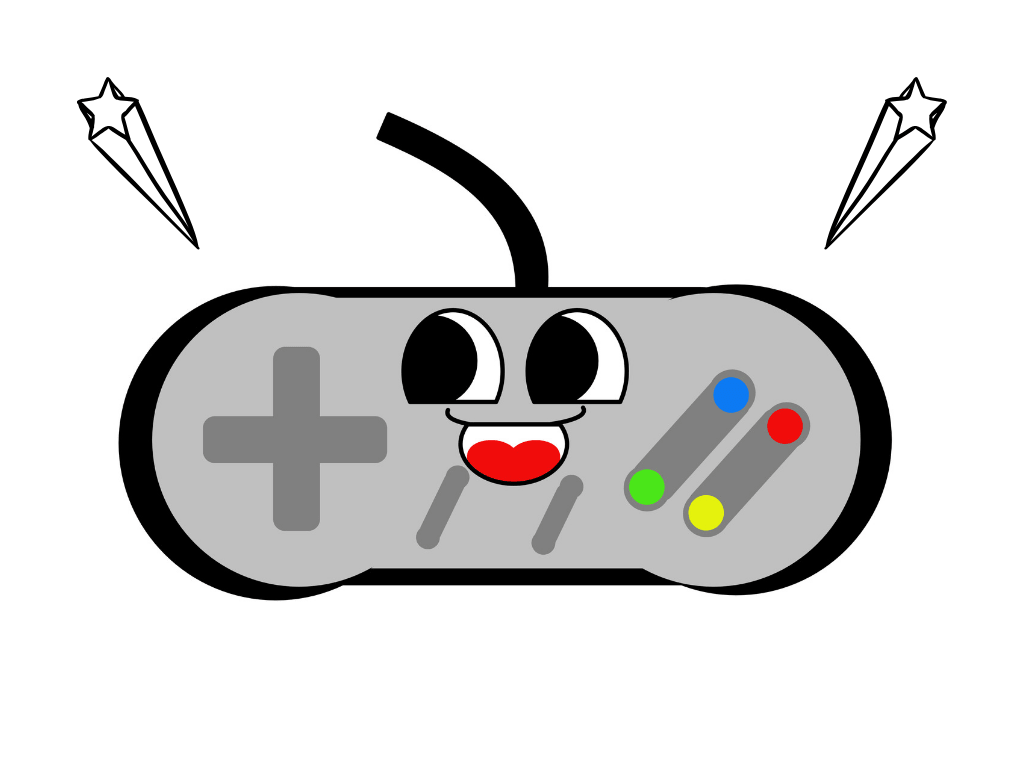 Drawing a Super NES joystick cartoon is easy and fun.

This simple tutorial has four steps to complete.

It fills each step with information on drawing the Super Nintendo Entertainment System.

Start drawing the top lines of the controller from left to right.

When drawing the curves, turn your paper for better control.

Continue using the same technique until you complete the drawing.

The joystick buttons are fun to draw because there are many shapes.

Draw a cross on the left side of the controller.

This is the four-way directional button on the Super NES joystick.

Draw the rest of the buttons using the tube shape and circles.

Now it’s time to draw the cartoon face on the joystick.

On the bottom of the two eyes, draw a wide happy smile.

On the top of the joystick draw the USB wire.

Complete your drawing by erasing all sketch marks and add color.

By default, the Super NES joystick has grey and silver colors.

However, you can add your favorite colors to make shine.

Learn more about The History of Video Game Controllers.