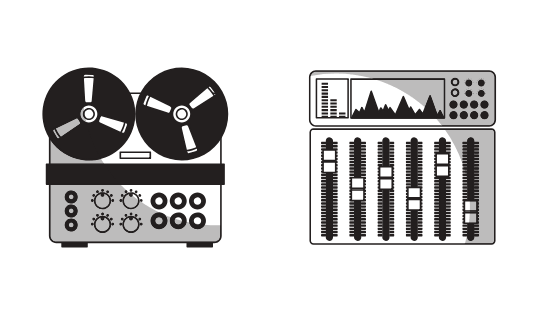 Classic games such as Super Mario will remain popular among many players.

This is because Nintendo, the producer, always releases this classic game on new consoles.

However, there are many video games that were not as popular as Super Mario or not available, but gamers would like to play them.

Happily, we now have emulators.

A video game emulator is a tool that allows people to enjoy old games on their personal computers (PCs).

It is also a program that ensures most old video games stay alive.

What is a video game Emulator?

A video game emulator is a software that enables games from different platforms to play on computers.

With an emulator, it is possible to play old games from Super Nintendo, the SNES system on your PC.

Once you install the software onto your PC, it imitates or emulates the platform of a game console.

Most times, the software is free, easy to install, and users can start playing a few minutes after the installation.

In rare occasions, users might experience bugs and disappointments.

But emulation is one of the best ways to enjoy old games from other platforms.

Since emulators have become very popular, these types of software attract malware and may have viruses.

Hence, it is always important for users to be careful when downloading emulator programs.

Because of the popularity of the emulators, many game console companies have incorporated emulation technology.

This is to ensure players continue to enjoy old games.

1. Most times, the software is free.

2. Players can get an emulator for most video game consoles ever made.

3. The emulator and games are stored in a hard drive.

4. For every game console emulator, you can get a complete library of video games.

5. Emulators are legal in several countries.

6. It has enhanced technical features.

An emulator is a program that has been improved to offer various essential features.

For instance, an emulator software can offer online-multiplayer functionality.

Also, it can slow or speed up the emulation speed.

7. Since some game consoles have a regional lockout, emulators can help bypass them.

What kind of video games can you play through an emulator?

If you would like to play some of your favorite video games but you do not have your old Nintendo 64 console, an emulator can help.

An emulator helps people play many games on their PC.

However, most gamers use it to play old-school games that are not easily available.

A video game emulator is a mixture of two programs.

The first software acts as the normal video game console and the second software replicates the game cartridge.

There is an emulator for almost all ancient video game platforms.

For instance, the famous Atari to the modern PlayStation.

You can use a keyboard or the Nintendo 64 controllers.

Some people are not sure whether it is legal or illegal to use emulators.

Using an emulator is legal, but when you download and play video games which are not owned can be considered piracy.

How do Video Game Emulators Work?

Emulating a game on your PC might be a simple task for some people but a difficult project to others.

However, with the right steps, you will use an emulator to play any kind of game.

Here are some of the most important steps on how to use a video game emulator.

1. Search for an emulator of a video game console you would like to play on your personal computer.

Keep in mind there are many sites that are exclusively dedicated to storing emulators for free downloads.

2. After finding the best emulator you want to use, download it.

Ensure it is safe so you do not infect your PC with a virus.

3. Keep in mind that emulators are just a few of the things you need to play your favorite games on your computer.

For example, you also need an ROM that acts as the game cartridge for your emulator.

4. After downloading and installing both the emulator and the ROM, pick the video game you want to play.

The process is easy and can be done by anyone.

Where to find a video game emulator?

An emulator can help you play your favorite old games from gaming systems such as Sega, PlayStation, and NES.

There are several ways to get an emulator:

• Windows–first know the operating system you would like to emulate.

Keep in mind that the emulator you get should depend on the games you want to play.

Similar Topic! The History of Video Game Consoles – A Giant Step for Gamers

After knowing the gaming system you want to emulate, choose an emulator.

Some famous emulators include Dolphin, nullDC, RetroArch, and PCSX2.

• Mac–If you have a Mac computer, the choices for Mac are fewer than for windows.

Fortunately, you can get great emulators that can help you enjoy your old favorite games.

• Android–Android has many choices for emulators.

All you need is to go to the Play Store and search for an emulator you like.

If you grew up playing video games such as Super Mario, Pacman or Tetris like me, you definitely want to revisit your childhood.

One of the best ways to enjoy these games is through an emulator on your PC.

Some of the most popular emulators include:

1. RetroArch–it can emulate most games from almost every Retro console.

2. OpenEmu–a popular emulator that can run Retro consoles. It is available on Mac.

3. Dolphin–available on Windows, Linux, and Mac. It is probably the most popular due to its high compatibility.