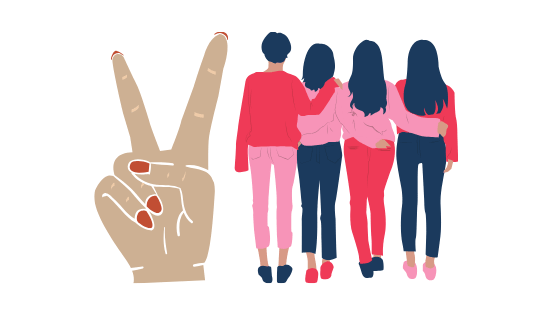 Many female players go through gender stereotypes in video games every day.

Playing a video game is a fun pastime that everyone should take part.

However, some elements to a game highlight negative stereotypes about women.

There is also a misconception that gaming is traditionally a male thing.

When a woman is seen playing a digital game, reactions are punishing.

Some are idealized by male gamers without proper knowledge.

Whether a female gamer is praised or insulted, they have been treated differently.

This act is an offense and should not be tolerated.

According to many studies, 49 percent of gamers are women.

And Nintendo’s internal data-tracking shows that around fifty percent of their gamers are female.

Hence, gender stereotyping about video games is something that should be condemned.

Facts about women and video games

In America, over 40 percent of all players are women.

The population of female gamers is increasing because of the growth of mobile games.

But today, there are many female gamers just like men.

In the 80s and 90s, gaming companies, such as Sega and Nintendo, believed marketing games to women would threaten their market.

However, everything has changed and the companies are now targeting both male and female gamers.

Today, female characters have a better connection in a sector that was viewed as a male-oriented field.

Playing a video game with a female character has many benefits.

Some women do not dedicate full time for video games.

They play at different points and mostly use mobile devices.

Female players are likely to play for fun and not to advance to the next level as male gamers.

Today, over 50 percent of game developers, designers, and coders in game studios are women.

Most video game industries focus on attracting women and girls to the industry.

Women gamers are crying out for more feminine insights, more balance of game genres, and a fair gaming industry.

Why is gender stereotyping in gaming common?

Based on research, one main reason for gender stereotyping in gaming is the lack of strong characters in games.

Some developers believe that video games with female superheroes cannot sell as much as games with male heroes.

They view women as weak and not having value to make money on the market.

This is a sign that women have no space in gaming.

Also, there are some claims that women cannot beat men in gaming.

They view female gamers as incompetent gamers who are not genuine fans of video games.

Some people believe women who are gamers are only in the field to get attention.

And if a female gamer wins, they often see her as someone who cheats to win.

They view women in some games as objects

When a playable woman character appears in a game, she is excessively sexualized.

In some games, they use female characters as a decoration setting.

There are also cases where women are only used as prostitutes.

For instance, in Grand Theft Auto, there was a debate about creating male characters to see women as objects.

Are men better than women in gaming?

In a study to determine whether men are better gamers than women, researchers invited both men and women.

These are games that are played online by thousands of gamers around the world.

Based on the notion that men are better gamers than women, men should be able to advance to higher levels faster than women.

However, if they did not progress faster, the study would help to prove that gaming is a field for both men and women.

Skipping to the next level

The research used unidentified server data for over 10,000 men and women.

It was possible to know the player’s actual gender through account registration.

In the game, when gamers finish their missions of killing monsters, they earn experience points.

When points earned reach a threshold, a gamer moves to the next level.

This means that the person who spends most of their time playing the game is likely to reach the highest level.

To be fair on findings, players who had advanced to the highest and final level of the game were excluded.

This is because they could not advance to the next level.

However, it was discovered that gender did not cause performance differences.

But female gamers did not spend a lot of time playing the game.

And women who played preferred assisting characters such as healers and priests.

But still women advanced to the next level just like male players.

One difference was that men focused more on achievements in a game such as gaining status, advancing up quickly and competing.

On the other hand, women are drawn to social interactions like helping other gamers and forming relationships.

Today, there are those that create gender stereotypes in video games.

The stereotype that female gamers are less significant is not true and can make women feel discouraged.

For example, in video game development communities, they see women as worse coders than men.

Also, studies show that they can use video games as a gateway to technology, science, and mathematics fields.

But if the stereotypes about women are there, it prevents them from advancing to such fields.

The best way to eliminate the controversy is to promote a stereotype-free gaming experience for all female gamers.

Gaming studios can also help by training their developers to design video games that are welcoming to women gamers.