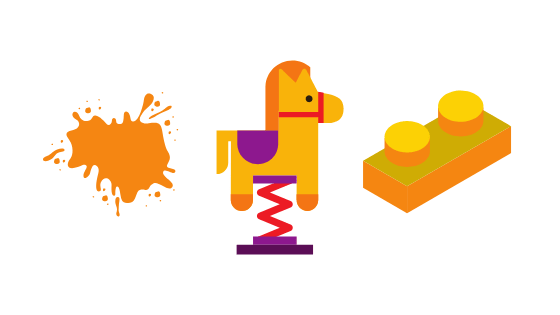 In the beginning, the first handheld video game consoles were mistaken for toys.

Today, video gaming is the most common form of entertainment.

You can learn, be entertained or gain skills through gaming.

However, there are several ways you can enjoy playing games.

From PCs to consoles and handheld video games, there are many ways to enjoy your favorite video game.

At first, gaming was only available on computers.

This means games were available in floppy disks and could be copied from one computer to the other.

Later, gaming consoles were introduced that allowed people to use a monitor or a TV to play their games.

They invented the first handheld video game devices in the 1970s.

They were black and white and later with full color.

Some gaming companies also designed their own version of handheld video game gadgets that needed cartridges for larger video games.

What are handheld video game consoles?

It is a small device portable with an inbuilt screen, speakers, and video game controls.

A handheld console is smaller than a normal video game console.

Availability of the screen, console, controls, and speaker in one unit allows gamers to carry them and play the games at any place or time.

There are various reasons many players prefer handheld games over consoles.

The hardware–handheld game devices are built for gaming.

This means they design the hardware for gaming and nothing else.

Some features include 3D screens, graphic chips, and others that make gaming entertaining.

It also designs them to fit comfortably in the user’s hands while playing.

The games– another reason gamers prefer handheld games consoles is because of the unique games.

Although there are great video games on tablets, smartphones, and consoles, there are astonishing games on most handheld consoles.

There are huge titles available for free.

Buttons and thumb-sticks–a true gamer will always look for a gaming device that gives the ability to control every action within the game.

Similar Topic! The Best Video Game Blogs in the Universe

Without physical buttons or thumb-sticks, you cannot respond well to the game.

Happily, a handheld video game console has all the physical buttons and thumb-sticks for an amazing experience.

They have confirmed that most people love to play video games on portable devices such as tablets and smartphones.

However, kids, teenagers, and young adults prefer a handheld video game console that is specifically built for gaming.

Nothing can compare to having a device specifically designed for gaming.

Even though some people think handheld consoles might be replaced by smartphones and tablets games, real gamers would rather have a gaming console in their hands.

Handheld video games are not new. They have been here for a long time.

Actually, the first handheld video game consoles were invented in the 1970s and 1980s.

So, when you are enjoying your Sony Vita or Nintendo Switch, it is important to understand where these devices originated from.

Over the past 35 years, handheld video games have come a long way.

Although tablets and mobile phones have changed the way we live, handheld console devices are gadgets that host some greatest games.

Below is a brief history of handheld video games.

In the 1980s, everybody wanted to play Game & Watch on the school bus.

Although the LCD display and the sound were not good, the device was the best handheld game player.

It had a long battery, and they designed it to fit in your pocket.

However, the games were predictable. Mario Brothers was the best game.

The battery life was also long-lasting.

It had a large library of games, and people could easily import it from Japan.

However, the screen was not as clear as expected.

Some best games on the device included Pokemon Red and Green.

When Atari was introduced to the market, it made Nintendo Game Boy look bad.

Atari had great graphics, and the sound was marvelous.

But some people complained about the expensive price.

The LCD screen was lovely and the library of games was enormous.

The device had great games, and it was compatible with the master system because of the availability of an extra device.

It was an amazing entertainment platform.

Bandai WonderSwan was a great console compared to the previous devices.

It was a small and had a nice design.

It is among the best handheld game consoles in the history of gaming.

Metal Slug and King of Fighters are some great titles you could find on the Neo Geo Pocket.

The device was well-designed and a fantastic upgrade from the famous Game Boy.

But one of its disadvantages was that the video game library was small.

Gizmondo is another great handheld console that sold around 25,000 units.

The best game was Sticky balls.

2001–Game Boy Advanced
The device offered a deep and fun strategy experience that was not available in the gaming industry.

However, most gamers complained about the device’s screen.

It was a Nokia phone and a console.

However, you were required to open the back for you to change gaming cartridges.

Another amazing innovation was the Nintendo DS.

The layout and the library of the games were outstanding.

But the device’s hinges were not as strong as expected.

The wireless multi-player handheld console had a solid design and astonishing graphics.

It was the perfect device to carry around and play games anywhere.

The design of the device was awesome, and it also had a bigger display screen.

It was beautiful and a well-crafted system. The graphics and the controls were something to behold.

Nintendo Switch is one of the greatest handheld video game consoles.

From the design to graphics and size, it is the perfect device for gamers.

It also has a large library of various types of games.