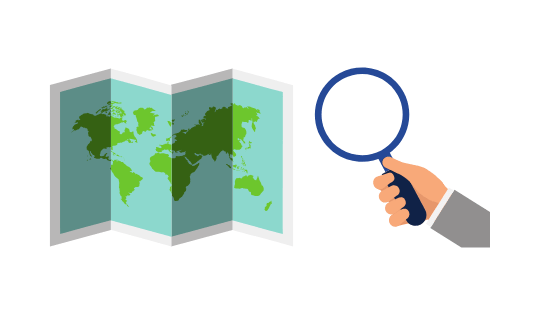 It is important to know the difference between DOCSIS 3.0 and DOCSIS 3.1 before buying a modem.

When you’re looking at modems on the market, you may notice that many of them list features like Docsis 3.0, Docsis 3.1 or another version.

It’s not typically very clear what this feature is, especially if you aren’t a technologically inclined person.

Let’s take a closer look into what this is so that you can understand how it may help you.

That may seem like a confusing phrase, but the idea of Docsis is actually quite simple.

You can think of the Docsis version as a very general idea of the kind of speed you can expect the modem to be able to reach.

In modern times, we are in a space somewhere between Docsis 3.0 and 3.1.

Most plans require the use of Docsis 3.0 to function at a minimum.

Modems that have a Docsis version less than 3.0 won’t even be able to connect to most plans, and it’s unlikely you’ll want them to as they won’t offer a lot of speed.

On the other hand, modems with Docsis 3.1 may not be necessary for most plans at this time, but they often work with 3.0 plans and allow for room to grow.

What Does Docsis 3.0 Offer?

As previously mentioned, Docsis 3.0 is a version that is used most often today.

It’s able to offer quite a decent amount of speed.

At the maximum, these modems can typically allow for 1 Gbps speeds.

That said, most plans that work with Docsis 3.0 don’t quite reach that maximum level, but that in no way means that they are slow!

Another feature that aids in providing plenty of speed includes the upstream and downstream channels.

These channels are used for your uploads and downloads, ensuring that each gets plenty of speed.

Similar Topic! Gaming Modem Compability with your ISP is Crucial

In most cases, Docsis 3.0 modems may provide 2, 4 or 8 upstream channels depending on the model.

They may also offer up to around 24 downstream channels to keep your downloads as quick as you need.

Keep in mind that the modem itself isn’t what determines your internet speeds. Your plan will also play a key role.

What Does Docsis 3.1 Offer?

Docsis 3.1 can be considered the future for internet speeds.

What that means is that as the speeds available on internet plans increase, modems using this version of Docsis will be able to keep up.

If you’re looking to be at the forefront of the technology wave, Docsis 3.1 is what you want to look for.

When compared to Docsis 3.0, Docsis 3.1 is immensely powerful.

Modems using this version will be able to handle up to 10Gbps, which is some serious speed.

For the most part, speeds like this aren’t often seen, but they may be possible in the future.

Considering the way the internet has grown since its inception, it’s not unreasonable to expect that it won’t be long before the 3.1 is completely viable and Docsis 3.0 is a thing of the past.

Additionally, it’s worth noting that you can use modems with this version even on plans that appear to be geared towards 3.0.

It is backwards compatible, so you won’t need to worry about it not being a viable option for today’s internet speeds.

It may not be living up to its full potential, but you’ll be ready when internet plans catch up!

What are Downsides of Docsis 3.0?

It’s worth considering the downsides to Docsis 3.0 if that’s the option you’re most interested in.

To begin with, this version isn’t typically going to work well with plans that hit 1 Gbps.

Those that do tend to be burdened with the Puma6 chipset, which is known to be incredibly flawed.

Similar Topic! How to Speed up a Modem for Blazing Performance

Furthermore, it’s worth considering how long 3.0 is going to be viable, with internet speeds growing as they have been.

Some plans are already pushing the limits of 1Gbps and above, and you can likely expect that these plans will require 3.1 plans just as many of today’s plans require 3.0.

What are the Downsides of Docsis 3.1?

Currently, one of the largest downfalls for Docsis 3.1 is the price.

Not only can you expect modems using this version of Docsis to be quite a bit more expensive than Docsis 3.0 modems, but the plans that are able to use more of their speed capability are more expensive as well.

It’s also uncertain how long you’ll have to use the Docsis 3.1 at speeds that don’t provide the full value of the device before the speeds grow.

ISP speeds might catch up within the next five years, or it may take even longer.

Which One is the Best for You?

One of the first things you’ll want to consider when choosing a Docsis version is how much you use the Internet.

If you’re just the occasional browser or streamer, then odds are a modem with 3.0 is plenty.

On the other hand, professional gamers and extremely heavy internet users may want to reach ahead to 3.1.

Next, consider the current internet plan you have or the plan you want.

If the speed of that plan is less than 1 Gbps, then you’ll do just fine without paying the cost of a 3.1.

Meanwhile, speeds at 1 Gbps or above will probably require 3.1 anyway.

Cost is another key aspect of deciding on a purchase.

Due to the expense of 3.1 modems and plans that use speeds that will require it, there are many who might choose Docsis 3.0 to save money.

Check your budget to determine the cost you can pay for your Internet plan and modem.