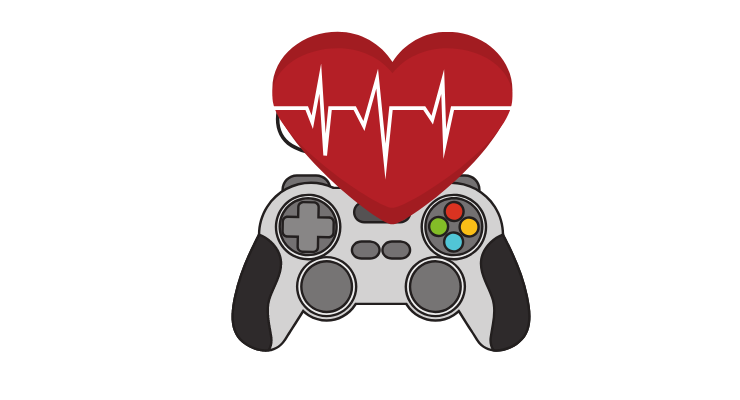 The introduction of modern video games has changed the way we spend our leisure time.

According to numerous studies, more than 80 percent of households in America own a gaming console.

This means that gaming is an activity that has over-powered many forms of entertainment.

Moreover, gaming is no longer an activity only for the children.

With gaming the industry being one of the richest sectors in the entertainment field, gaming has become part of our lives.

Also, unlike in the past years, when digital games could only be played on specific platforms, today you can enjoy them on your smart phone.

Apart from entertainment, games have many benefits

Researchers all over the world have discovered that playing video games can help you improve problem-solving skills.

There are other abilities that you can improve while playing video games like decision-making skills and your hand eye coordination.

It is a unique form of entertainment because it encourages individuals to be part of the game.

This means it has several positive and negative effects on the player.

When it comes to your heart rate, gaming is an activity that can affect you directly.

In a study, two groups of boys between the age of thirteen were asked to play two different genres of digital games.

The first group was exposed to violent games, and they played for three hours every day.

The other group played casual non-violent games for around one hour every day.

Both groups played their games for two nights, right after school.

The research was to determine the heart rates when they were at school, at home while playing the games, and after the game.

They also observed their heart rates at night while they were sleeping.

The experiment was to determine whether the effects of gaming would stop even after the players finished playing.

The study was also to monitor their emotions and sleep reactions.

The study showed that while they were asleep, the heart-rates of the boys who played violent video games were faster.

This means that even while they were sleeping, their heart-rate was affected by the video game.

It was also revealed that their heart-rates dropped when the same group was asked to play non-violent games for two nights.

At the same time, the heart-rate for the other group of boys was much faster when they played violent games.

They showed signs of sadness, stress and more tension than before playing violent games.

What are the effects of video games on heart rate?

According to studies, frequent exposure to violent gaming can increase aggressive behavior and stress.

It can also contribute to anti-social behavior, poor sleep patterns and can influence children negatively.

Some studies also show that regular playing of violent games can cause adrenaline-response.

This means that gaming can affect your breathing rate, blood pressure, and distress tolerance.

Although violent games are the most popular and are loved by many people, they are more stimulating and obsessing.

This means they tend to make the heart rate rise.

However, not every player is affected the same way by violent video games.

It was also discovered that apart from violent games affecting the heart rate, they can help people in other areas.

For example, playing violent games can help you lose weight, burn calories, and can substitute for physical activities.

With the popularity of gaming consoles, health experts, and medical blogs, are reporting positive and negative effects of playing video games.

One main issue highlighted by many health experts is how digital games can affect heart rate.

Although some people may view the rise in heart rate, as an increase in calorie burn, it might not be the case for everyone.

We advise people who experiences abnormal heart rate while or after playing a video game to consult a doctor.

When there is a rise in heart rate, there may be several factors involved.

Some factors may be internal, while others are external.

A rise in heart rate is measured by comparing a person’s resting heart rate.

Since the resting heart rate might differ from one person to another, it may not be possible to know the exact heart rate change when someone plays a game.

Here are some ways on how video games affect heart rate:

• Seated video-games–calm, casual video games that are played while sitting down produce a tiny rise in heart-rate.

But when aggressive or violent games are played when the player is seated, they can increase the heart.

The heart-rate can increase up to 40 percent above the normal heart rate.

This is due to the stress associated with the game.

• Active video games – semi-active games such as Wii tennis can produce an increase in heart rate of twenty percent per minute.

But intense games can produce an increase of heart-rate to about forty percent.

Some of these games need players to engage his or her entire body to play.

These games have shown an increase of kid’s heart-rate by over 79 percent per minute.

Some gamers have shown an increase of heart-rate to 100 percent.

These kinds of heart rates can reach the American Heart Association’s target for strength exercises.

However, it is important for parents to monitor their children.

Parents should know the games their kids play and their duration.

However, not every child reacts the same, and they may even enjoy these games.