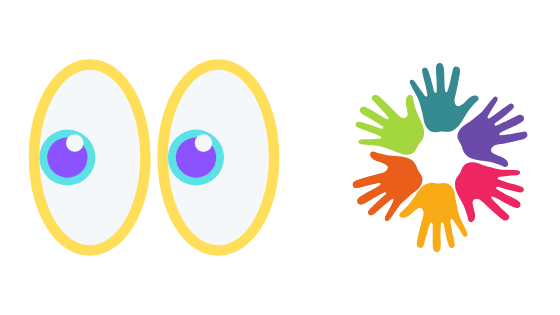 There are plenty of precision-based video games that affect hand eye coordination.

According to research, playing video games can enhance hand-to-eye coordination.

This is good news for parents who believe gaming has negative effects on children.

Hand eye coordination is the ability to control eye movement with hand movement.

We all can do certain things without looking at what we are doing.

Some of these activities include playing a game with a controller, driving, writing, and much more.

It’s difficult to develop a skill that requires fast thinking and movements.

Research shows that there is a direct connection between playing action games and improving hand eye coordination.

Based on recent studies, everyone has these skills; However, constant gaming allows you to become efficient.

Once the skills develop, players will perform several activities faster than non-gamers.

For instance, when playing an action video-game, you need to react quickly and accurately to all the events that are taking place.

With as little as 2 to 3 hours of gameplay every day, users will see significant improvements.

For example, research has revealed that surgeons can perform better if they constantly play simulation games that require fast responses.

A study conducted in a medical center discovered that surgeons who constantly played games outperformed those that did not.

The same surgeons were 27 percent faster and scored 42 percent higher than non-gamers.

After the study, they concluded that high school students were better than medical students.

Playing action games such as Call of Duty and other first-person shooting games can help improve hand eye coordination.

It might be uncommon for some people, especially those that don’t think gaming is beneficial.

But just like many forms of entertainment, video games have both positive and negative effects.

Some of today’s video games that may never go out of style are strategic and puzzle games.

Many people will always love games such as Sudoku, Angry Birds and other strategic games because they are very engaging.

Many game fans appreciate these types of games because they make them think hard, plan and use strategies to beat the game.

With gaming experience, it’s easier to solve real-world problems using what you learned in a video game.

Gamers know how to plan, how to think forward and they can come up with various strategies.

Hence, if you feel your work or tasks are overwhelming, it might be a good idea to play strategic video games.

Another skill players can improve when they play video games is multitasking.

Improving multitasking skills is important in today’s modern world.
It is a skill that can help increase productivity at school, work or at home.

By enhancing your multitasking skills, players can accomplish more activities in less time.

Happily, video games can help develop all these important skills.

Most games require users to execute multiple tasks to win a game.

For example, when playing an action game, it requires you to monitor enemies, shoot and dodge attacks.

Without multitasking, gamers will have a tough time winning and proceeding to the next level.

Another popular game that will put your multitasking skills to the test is The Sims.

With The Sims, players need to create a plan on how to make money and use it wisely.

This means players need to multitask to progress in the game.

By playing these kinds of games regularly, you will transfer your game skills into real-life situations.

Even though most parents believe gaming is an activity that can discourage children from reading or study, research proves them wrong.

The researchers took two groups of kids aged 7 to 13.

One group played an action game known as Rayman Raving Rabbids while the other team played a slow-paced game.

After the game, they tested the reading skills of both groups.

They discovered that the group that played action games read faster, better, and more accurately than the slow-paced game group.

Although it is not clear whether video games can help enhance general knowledge, studies show that gaming can improve problem-solving skills.

There are video games developed to make players use critical thinking skills.

Some people think gaming is for people that have no work, responsibilities, and people who have no dignity.

They also view gamers as anti-social and individuals who do not want to mingle with other people.

But this is not the case with modern video games.

With introducing modern consoles and online video games, gaming has turned out to be one of the best social places.

People from all over the world can now discover new friends after meeting on Mass Multi-player Online Role Player Game (MMORPG) platforms.

Socialization can later evolve into leadership, friendship, and even a relationship.

It may sound untrue to some people, but gaming can help develop leadership skills.

When a child learns to lead in various games, they may inspire him or her to become a leader in the real world.

People of all ages should know that video games affect hand eye coordination.

There are many types of games that can prepare people for future careers like administration, speed typing and data entry.

For example, there are games that can show you how to become a better typist.

These typing games may ask you to type certain words in a specific time-range.