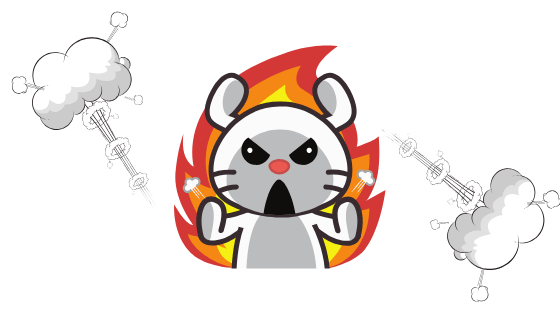 Adults, children, and teenagers are all involved in playing these games.

However, most violent games involve negative images and themes such as slaughtering and killing people.

This has made more violent games look natural.

They associate the most negative effects of games with violent games.

Even though some studies believe there is no link between violent games and real violence, engaging in such games can lead to serious behavior problems.

This is because children, teenagers, and adults who constantly play these games develop behavior problems by trying to copy what they see in games.

Excessive exposure to something can make someone addicted to it.

This means that when children play violent games, they become addicted to them, and they may think violence is a way of life.

Violence is the use of physical force with an intention of injuring someone or destroying his or her property.

Violence is a huge problem in our society, and it is being discussed on radios, TV, and newspapers.

But what makes people become violent?

There are many factors that can cause someone to act violently.

It is a habit that can develop from environmental or situational factors.

Some studies believe that playing violent digital games can make someone behave violently, while others show that violent games have no connection with real-life violence.

How violent video games can cause behavior problems

Even though most behavior problems with video games are negative, here are some to consider:

Most parents can confirm that when their kids play violent games, their behavior changes.

Some kids will keep talking about a particular game even during school.

Some game graphics look so real that many kids hold their remotes like a gun.

And the most worrying part is that gamers earn points when they kill people.

2. According to most parents, violence is influential.

They’re also bad because most children become aggressive when they lose.

Some players feel bad when they shoot someone and they don’t die.

There are rare cases where kids commit suicide after playing violent games for a long time.

For example, a small boy jumped from a 24th-floor building after playing a violent game for 36 hours non-stop.

3. Most images in violent video games are frightening.

If we present them in real life, they could cause a controversy.

The pictures, songs, themes, and characters are horrific and shouldn’t be seen by children.

The people who design violent games make the gaming environment so horrifying that it is easy to influence the mind of a child.

They have proven that some people who are involved in mass shootings are gamers that are addicted to violent games.

Gaming is an activity that fuels the mind and provides gamers with an idea that it is okay to shoot and kill people.

Most kids who play violent games think that they can do the rampage in games in real life.

5. People who are playing violent video games can cause a lot of damage inside the game.

Some people identify violent digital games as stress relievers but not everyone that plays games reacts the same.

Similar Topic! Are Video Games Linked to Violence or Not?

When some people addicted to games lose, they freak out and become stressed.

Some see their characters as role models and would like to mimic their actions.

6. Studies show that playing a violent video game for just 10 minutes can change their frame of mind.

Even though it may not look like something has happened, kids who play these games constantly can have nightmares.

These images can replace the calm and lovely pictures in the kid’s mind and store the bad pictures.

7. Digital games can cause death.

Gaming has a profound impact, especially on children.

The impact of violent games can change the way a child thinks, and they may want to act as the game character and develop tendencies of hurting someone.

There are many real-life examples of children who have played with real guns on purpose or as a mistake and have killed themselves.

Some parents and educators point fingers on video games for corrupting the minds of children and teenagers.

However, some studies show that video game violence is not related to real-life violence.

Here are some points that show violent games cannot cause behavior problems.

Also, it is only less than one percent of gamers that have been linked with mass shootings or massacres.

This means that individuals who are involved in real violence have other mental issues not associated with gaming.

2. Parents, not video games, are to be blamed for an increase in their child’s behavior problems.

When parents fail to discipline or to show love for their children, behavior problems emerge.

Children need to be taught what is right and what is wrong when they are young.

If they are taught correctly, there will be fewer behavior problems even in the future.

3. Many people who have been interviewed have confirmed that they played violent video games for a long time.

They believe that shooting monsters or bad people in games cannot influence them to go out and start shooting people in real life.

Some gamers have claimed that violent games have allowed them to release stress and make them more social.

4. Video games provide many positive effects than negative ones.

Recent studies have shown that video games can be used to relieve stress, slow down aging, reduce pain and bring people together.

Through moderation, children who play video games can acquire many health benefits.

Every action has a reaction, and modern video games allow gamers to see what happens when they make wrong choices.

Games like the Elder Scrolls series allow you to play as a thief or criminal.

As you progress through the game, you will notice how other characters react to your actions.

If you’re caught stealing you have several choices, you resist the arrest and fight, pay the fine, or go to jail.