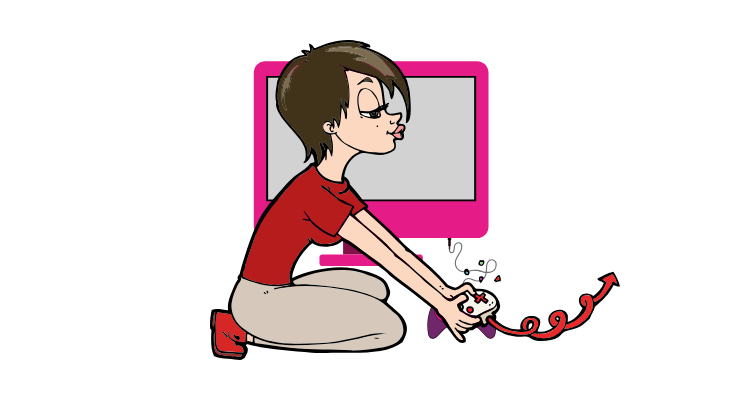 Some of the best video games in the 90s were inspired by popular films.

When we look at gaming history, the 1990s was probably the most incredible and fruitful.

For instance, the transition from 2D to 3D animations happened in this period.

Also, many video game consoles were released and the number of gamers exploded.

Apart from consoles, some of the best games enjoyed today were released in the 1990s.

Here are some of the best video games of the 90s still among the best ever made.

The best video games in the 90s

Some people may think Donkey Kong country is a new game.

But this game was released in 1994 and has remained a favorite to many people.

It is one of the best platform games we will ever have.

Since the 1990s was an era of fighting games, it could not be complete without a good fighting game like Mortal Kombat.

Another world is a game that is influential in both young and old.

They also gave it the title “Out of this World” in America and “Outer World” in Japan.

It is a beautiful game that has remained evergreen.

Another video game that cannot be forgotten in the list of the best games in the 90s is F-zero X.

It is fast, engaging, challenging and adventurous.

It was much challenging, better-looking and people loved it.

Even today, the Street Fighter series is a popular video game in many countries.

It is also considered as the best fighting game ever developed.

The design of the game was simple but very interesting.

Metal Gear 2 was a game that could keep you entertained for hours.

Keep in mind that the 1990s were an era of fighting games.

People all over the world were looking for these fights.

However, this period could not be complete without flying objects.

Star Wars showed players that science fiction was as much fun as fighting games.

Another amazing game is X-Wing.

It is more complex, slower, and very engaging.

Also referred to as the king of “Hack-n-Slash” games, Diablo introduced an addictive gameplay.

It is an action role-playing game that has sold over 24 million copies.

If we were looking for the most played games in the 90s, Roller Coaster Tycoon would be on top of the list.

Many people would sacrifice their sleep just to play this game.

It is enjoyable, interesting and amazing game for both children and adults.

Probably the best basketball sports digital game for this era.

It is influential and very entertaining.

Another evergreen game is Arena.

Actually, this game is among the most influential PC multiplayer shooters of all time.

Final Fantasy is one of those great series that never dies.

It is perhaps on of the best role-playing series we will ever have.

Mario is perhaps the most loved character in the gaming industry.

Even though there are many Mario releases, Mario Kart 64 will remain on the list of the best video games ever.

Even as we look at the 90s as the era of fighting and flying games, there were also adventure games.

Banjo Kazooie is a platform adventure game that was played on the Nintendo 64 console.

The game is good proof that the gaming industry was evolving.

The design and the environment of the Super Smash Brothers was something different and exciting.

No matter how many times you play this first-person shooter game, you can never get enough of it. Everything about the game is Unreal.

It is the best and among the best-selling games of the 1990s.

Even though gamers said it was too short, the game was more engaging, entertaining and challenging than many other games of that era.

We consider 1998 the best year in gaming history.

One of the main reasons it’s the best is because of Resident Evil 2.

Compared to many games that have been released later, (RE2) beats them all.

This survival horror game was not only popular in the United States but also in Japan.

It is probably the best platformer of all time.

It is on the list of the best games in the 90s because of its game mechanics.

Super Metroid is a side-scrolling game that was filled unique adventures.

One great title that perhaps changed the gaming industry is the Legend of Zelda.

This action-adventure game was beautiful, challenging, and entertaining.

It is also a game that inspired many 3D games that brought the industry to another level.

Chrono Trigger is a role-playing game that was crazy all around.

The theme, the music, and the adventure were enough to win people’s hearts.

When we talk about first-person action games of the 90s, System Shock 2 is at the top.

It is also a survival horror game but not as frightening as the games we have today.

Another great adventure video game that should be on the list is Grim Fandango.

It is possibly the wildest imaginative game ever.

Looking at first-person shooters, GoldenEye 007 was an exciting adventure.

And when we look at James Bond movies, we definitely connect with the game.

Another great game is The Dark Project.

It is one of the first first-person stealth games to become successful.

Although there were some bugs prior to its release, it is still one of the greatest stealth games ever designed.

These are just a few of the best video games in the 90s.

Apart from video games, innovating gaming products such as the consoles and controllers were developed.

This transformed the industry and removed the assumption that video games were only for kids.