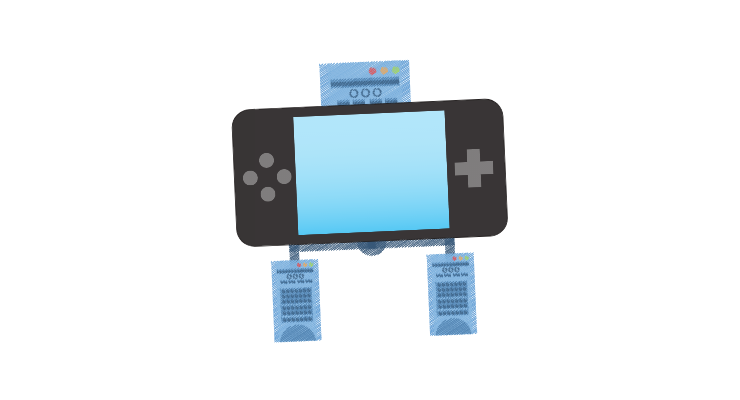 Video games have been around for a long time. They have been a continuous source of entertainment for both kids and adults all over the world.

The rising of gaming has led to the introduction of game consoles. Gaming consoles are computer systems that are made to perform specific tasks.

The main difference between a PC and a gaming console is that personal computers are designed to accomplish various tasks.

Video game consoles are made to carry out a specific duty – play games.

However, the latest consoles such as the PlayStation 4 has been made to perform many tasks such as playing songs and videos.

Today, one of the most popular gaming consoles is the PlayStation 4. It is a gaming console that has been designed in various models.

When the first model of PlayStation 4 was released, it had a 500 GB hard drive.

The Best PlayStation 4 consoles for Gamers

When it comes to gaming consoles, everyone has his own tastes and preferences. However, most people are in love with the PlayStation 4.

There are currently 3 different models of PlayStation, making it hard for some people to pick the best.

If you are in need of the PlayStation 4 due to exclusive games or you just want to enjoy the P.S., it is not easy to choose the best model.

The three models of PlayStation 4 are the original PS4, the PS4 Slim, and PS4 Pro. The original PS4 is being replaced by PS4 Slim.

To help you decide which of the three is the best for you needs and budget, here is all you need to know.

Although the original PS4 has the same library of games as the newer PS4s, it is a bit different.

The original PS4 is bigger than the other two. In fact, the old PS4 has the same components as the new slim model.

Hence, the biggest difference between the original PS4 and the Slim model is the external design.

So, if you already have the original PS4, there is no need to upgrade to PS4 Slim. The best idea is to acquire the PS4 Pro.

The PS4 Slim is the smaller and cheaper version of PS4. In terms of performance, it is so identical to the original version that some people may not know.

Also, all the other features are the same. The console plays the games with ease, fits in every location, very quiet, and inexpensive.

The main difference between the three models is found in PS4 Pro.

It is a gaming console that is constructed for serious gamers who are looking for best performance and graphics.

PS4 Pro is twice powerful than the original PS4. It also has more advanced features that are not found on both PS4 original and PS4 Slim.

If you are looking for the best possible PS experience, PS4 Pro is the device to buy. It is slimmer than PS4 Slim and it’s performance is amazing.

It also supports 4K and HDR TVs. However, it plays all the games found on the original PS4 but with improved graphics and performance.

What are the main differences between PS4 Slim and PS4 Pro consoles?

Both PS4 Slim and PS4 Pro are amazing devices. However, PlayStation 4 Pro is the latest consoles and the greatest PS ever.

Here are some differences between the two latest PlayStations.

• Cost: if you are on a budget, PS4 Slim is the best console as it is cheaper and smaller.

• Size: PS4 Slim is smaller than PS4 Pro. Hence, if you are looking for an excellent design, the slim consoles is the best to buy.

• Performance: Although PS4 Slim offers 4K quality just like the PS4 Pro, the graphics cannot match those for PS4 Pro.

• PS4 Slim is also a decent gaming console that can also save you more money. This is because it has extra controllers and more free games.

The PS4 Pro is unique, excellent and the performance is amazing compared to the original PS4 and PS4 Slim.

So, if you are searching for the best PlayStation on the market, PS4 Pro is the best choice.

Since the PS4 consoles were released to the market, Sony has done an amazing job to ensure remarkable exclusives continue on the platform.

1. Marvel’s Spider Man – it is a video game that delivers a real Spider Man experience. It is one of the best-rated games on PS4.

2. Bloodborne – it is simply one of the best exclusive games ever. It is entertaining, incredible and irresistible.

If you own a PS4, you should definitely have Bloodborne.

Currently God of War 2 has been released in 2018 and it’s a game no one should miss.

Its fascinating experience makes it one of the best PS4 games.

It is a series that has more puzzles than anyone can imagine. The adventure and the action make it on the top list.

Until Dawn is an amazing game and one of the best horror video-games you will ever find on PS4. The story line is also outstanding.

If you love storytelling games, this is one of the best on PS4 consoles.

If you are looking for an exploration game, this game is the best. It is considered greater than the series before it.

For racing fanatics, DriveClub is definitely the best you can find on PS4.

For attentive game lovers, Ratchet and Clank is one of the best games to try on PS4.

Released in 2016, The Last Guardian has a beautiful story worth following.

It is a racing game that provides an exciting experience.

Even though the original Gravity Rush failed due to commercial limitation, the second series has turned out to be a fantastic game.

The game is a fun introduction for people who would like to learn about the sport.

This way if the refurbished PS4 starts to malfunction, you can return it and get a new one.