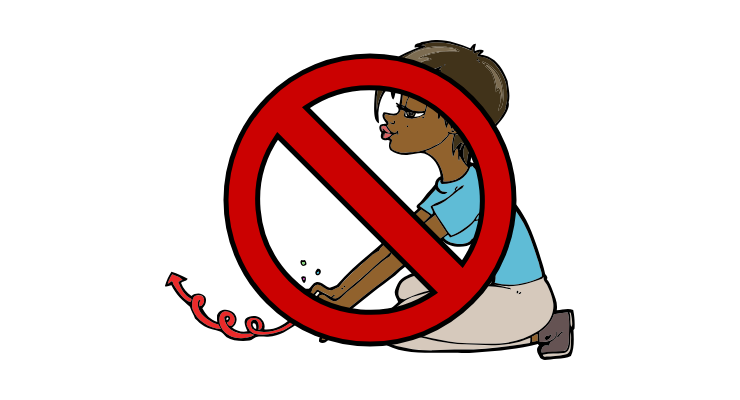 Gamers are curious and want to know about banned video games in America.

Even though there is freedom of expression in America, some developers go extreme.

Developers need to be careful when designing or promoting video games to the public.

Why are there banned video games in America?

In America, it is very rare for a video game to get banned.

But there are some reasons that can lead to banning a game.

For instance, they can ban a video game for promoting the killing of innocent people.

Similar Topic! Video Games are a Waste of Time or Not?

This can influence children and teenagers to become violent or murderers.

They ban others for promoting rape, theft, and many other negative behaviors.

Some of these influences can affect children and society.

Cities, individuals, and courts have stepped up to cancel, recall, or even ban video games.

What determines proper audience in the gaming industry?

Determining audience in the entertainment field is not an easy task.

For instance, they rate movies G to NC-17.

This helps parents choose the content for their children.

For video games, they complicate the rating system.

The board assigned to determine ratings for video games is a self-regulatory-body.

The main work for the board is to ensure that they rate video games according to the content available.

Below are some video games that have been banned by the board in America.

Young boys will do anything to see beautiful women remove their clothes.

In some video games, you can have a woman strip for you.

The Guy Game is a game that was seen to be promoting pornographic content to young people.

Gamers were asked to predict how poorly dressed women would answer some questions.

Similar Topic! Zombies in Video Games are Hungry for Brains

If they predicted right, it rewarded them with a real person stripping.

But after its release, one of the ladies featured on the game sued the developers since she was only 17 when she undressed for the camera.

They banned the video game for promoting child pornography.

The title of this video game betrayed the entire story.

This controversial digital game was developed and released in 2006.

But even before it was launched to the public, there was a lot of misunderstanding of why someone would develop a game with bad intentions.

RapeLay is a video game that makes the player a sexual predator.

You are trailing to force a mother and her 2 daughters to have sex with you.

Apart from America, RapeLay was banned in many other countries after its release.

Similar Topic! Things you Should Know when Creating a Video Game

Even though you can play it online, they rate it AO; This means you cannot find it in retail stores.

There are several titles under Rockstar Games that have been banned for promoting bad vices.

Manhunt 2 is a video game that has been banned in many countries which includes America, Saudi Arabia, Germany, Kuwait, Iceland and South Korea.

The game is a survival horror game with horrific scenes that could not get a rating.

The developers went back to add some filters, but they banned the edited version.

Even though there are many video games that get banned, most people believe that Postal 2 deserved the prohibition.

It promoted bad activities that were not good for anyone playing the game.

They give the player options of committing violent acts to the public.

For many people, it’s hard to imagine banning a sports game.

But EA Sports tried to make some good money without the UFC license.

Similar Topic! The History of Sega – Fun and Games for All

Even though it featured legends with many positive reviews, the sales were very poor.

Many people did not want to associate themselves with a video game that did not have the UFC name.

It was banned because it featured illegal advertisements before the action fights.

Another banned video game from Rockstar Games is Bully.

It was encouraging young adults to bully other kids in school.

The story was about an English boy able to start fights and trouble with other students in school.

Many countries did not like this idea and it was banned shortly after its release.

Governments believed the game would send the wrong message to students.

For a video game to be banned in America and other countries, it does not have to contain sexual or violent scenes.

If you think it is fun and entertaining to blow-up a country, think again.

Command & Conquer: Generals was released in 2006.

The idea behind the game was that players can choose a country to attack.

Even though it was doing well in Asian countries, they did not allow it in America.

The weapons, the ideas and the whole story backfired.

For people aware of the game Death Race, they cannot compare it with other violent video games.

Many people said Death Race was a harmless and charming video game.

But the entire idea of the game was to drive and run over pedestrians.

Though they banned it after some time, it wasn’t as bad as other games banned in America.

Playing video games with your smartphone phone or tablet is very simple.

The Baby Shaker video game was not received well because many people believed it was promoting child abuse.

The game encourages players to silence a crying baby by shaking the phone.

By shaking, the baby would get Red-Xs over the eyes.

That meant the baby was dead.

A Brain Injury Foundation created awareness about the video game and even wrote a letter criticizing how Baby Shaker made a joke about the dead baby.

The game publishers and creators immediately pulled the game out from the market.

Another video game banned because of violence and horrible fighting is Thrill Kill.

Also, the title of the game did not look good to the public-eye.

They sent players to hell, and they had to fight each other to come back to earth.

They had to come up with fighting strategies such as the beating-up, killing or ripping off their opponent’s hands.

These are only a few banned video games in America.

Bad game ideas can influence people, including children, to act in inappropriate ways.

Game developers must learn to create games that educate people.

Games do not have to be violent to be good; a mix of problem solving and strategies can make a video game successful.