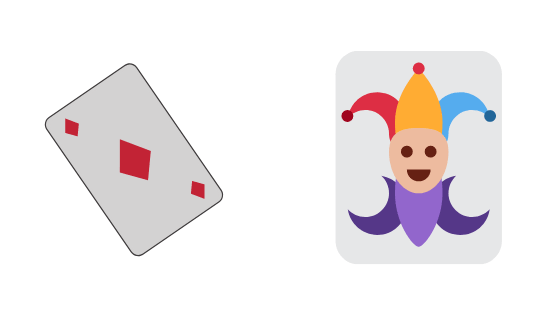 I created a list of video game genres to show that each one is unique.

When it comes to video games, we can describe game genre as the style of game-play and not the story.

In gaming, it is possible to move from one style to another style within a game.

A video game genre has many games, which are later classified into sub-genres.

For instance, in action genre, we can classify games sub-genres known as platform games and fighting games.

Today, the video game industry is bigger than both music and movie industries in income.

This is because of the number of companies involved and the genres created.

The birth of multiple genres has made many people all over the world take part in gaming.

This is something that was not available in the past.

Massive Multi-player Online Role Playing Game or MMORPG is one genre that attracts millions of people.

They play it online by many gamers.

To understand more about video game genres, here is a list of common genres.

One of the common genres in gaming is action games.

These are games that highlight challenges where the gamer needs hand-to-eye coordination skills.

In most action games, the player is in control.

This is among the largest genre in gaming.

Some sub-genres in action genre include:

Platform-games–these are games that you play by avoiding obstacles.

You need to climb, jump and control your movements.

Some well-known games in this subgenre are Super Mario Bros, Gameboy Advance, and Donkey Kong.

They also know the games as violent video games.

Similar Topic! Are Video Games Linked to Violence or Not?

Some games include Battlefield, Team Fortress 2, Call of Duty and many more.

We also classify them as violent video games.

Some popular fighting games are Street Fighter, Mortal Kombat, and Devil May Cry.

This is a genre that involves the collection of items, combat, and puzzle solving.

In some cases, action-adventure games are known as modern games.

Some sub genres in this field include:

Survival horror–the category involves fear, and its aim is to scare gamers through death, gore, and blood.

Metroidvania–these are games that require the player to explore.

However, the paths are limited and there are many obstacles.

These are the easiest games to design.

Some common sub-categories of adventure genre include:

Text adventure–these are games such as the Zork series.

Graphic adventure–these are games, which use graphics to deliver the environment to the gamer.

Visual novels–it more like a novel where a player needs to accomplish a certain chapter before advancing.

3D adventure (Real-time)–some famous games in this category are Nightfall, Realmyst, and Shadow of Memories.

As the name suggests, video games in this category allow players to play as someone else.

Most of them involve guiding characters through a world full of monsters.

Some games in this genre include Skyrim, Fallout, the Gothic series and many others.

There are many subs-genres in this category that include:

This is a genre where video games are designed closely to simulate features of real or fictional reality.

Construction & management simulation–This is a game where players need to build, manage or expand projects.

To play this game, you need to have a strategy.

The games require a lot of thinking, planning and organizing to achieve victory.

Some common sub-genres include:

To explore, then expand, then exploit, and then exterminate.

Artillery game–these are some of the earliest games developed in the industry.

They involve tanks battling each other.

Similar Topic! Violent Video Games Do Not Cause Violence

The World of Tanks online game is an artillery-game.

Real-time strategy–here, the players have to decide and action based on the state of the game.

These are digital games that simulate different sports.

Another player can control the opposite team or by the computer/artificial intelligence (AI).

Racing–here the gamer competes against time and other race car drivers.

Sports games–emulate playing different games such as soccer, basketball, and others.

One common game is the FIFA series.

Some of them include WWE-2K and Fight Night.

MMO & MMORPG–there are video games that support many players.

Players can be anywhere in the world since they play the game online.

These games allow players to take part and face each other on a large scale.

The players can also interact with each other.

Similar Topic! Are Seniors Playing Video Games for a Challenge?

A good example of a popular online game is World of Warcraft.

Casual games–most of these video games are on mobile platforms.

They are simple to pick up and play.

Party games–they are designed for multiplayer and involve collecting items in a specific time frame.

Some of these games include Mario Party and Crash Bash.

Trivia games – found on most mobile devices where players have a few minutes to complete certain tasks.

Games genres by purpose–while they create many video games for entertainment, there are others that are designed for specific purposes.

They make some to stimulate, inform, or persuade.

They may have puzzles, action or adventure.

While this list of video game genres is short, there are plenty of other genres to enjoy.

The main thing is to choose a favorite and become an expert at it.

Which is your favorite game genre? Leave your comments below.